When you Have to Pay to be on a "Top XX List" is it REALLY a List of Value? 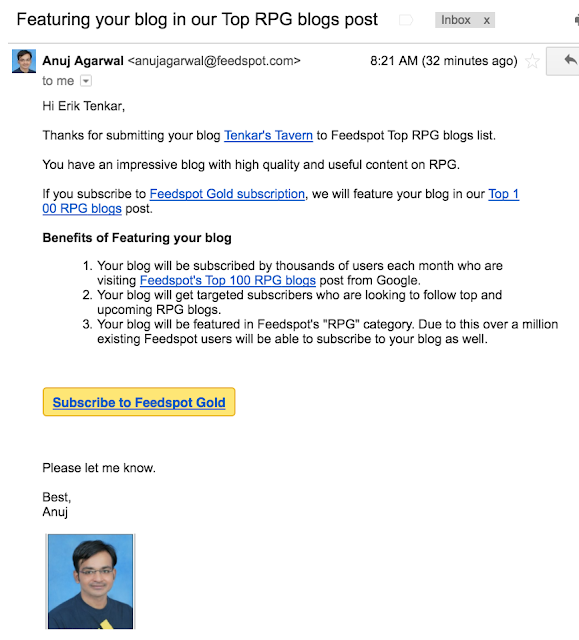 ENWorld last week had a posting about their being #2 on the Top 100 RPG Blogs List. Now, there are some really obscure sites listed on that list - which currently only goes up to 75. There is some sort of equation using Twitter, Facebook and Alexa ranking that pulls it all together.

Following the link to the Top 100 RPG list I found on ENWorld, I noticed you had to submit your site for consideration. I figured, what the heck - nothing ventured, nothing gained.

Then I received the above email this morning.

And Feedspot has "Top XX" lists for everything. 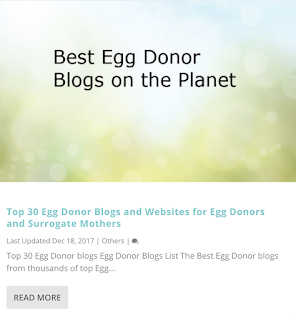 But if you have to pay to be on such a list, what is the true value of the list? 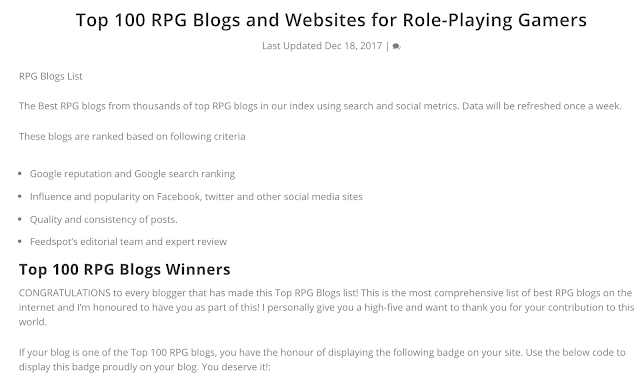 First, they aren't all blogs. Youtube channels and Reddits are also on the list. Which is why the competing titles are confusing.

Second, Congratulations for paying to be on a list!

Third, the list is FAR from the "most comprehensive list of best RPG blogs on the internet." But I guess Anuj is "honored" to take your cash every month.

In any case, I won't be paying to play and neither should you.
Posted by Tenkar at 12:49 PM

Email ThisBlogThis!Share to TwitterShare to FacebookShare to Pinterest
Labels: wtf, wtf didnt i think of this