#ConManKen - Aways Working - For YOU! 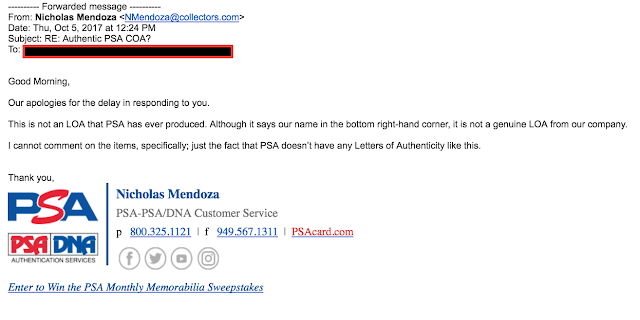 Oh my fucking God! Yes, #ConManKen is working "for you!" Don't worry, he's got it all under control.

You know the following is authentic. Shit, it has Ken's inability to spell written all over it ;)


"As many of you may know, I, Ken “Whit” Whitman, have been a background Actor on The Walking Dead for three episodes. (he means "Extra") I want to start out by saying it is an honor to have worked on the Walking Dead as an extra.  I love to tell the stories of working on set when I am a guest at stores and events.  (in Ken speak - I like to enhance my BS status as an extra into what it isnt)

Recently I bought a Comic Book shop in Somerset Ky called Little Monsters Games & Comics, LLC. (with "no money down!) We sale all kinds of nerd and geek things.  Comic Book, Magic The Gathering Cards, D&D, Walking Dead, you name it.

Several weeks ago I met a man named King Jones (bullshit name if I ever heard one, and 20 years as an active LEO I heard lots of BS), from Russel Springs KY, who stated that he was the third largest collector of The Walking Dead merchandise in the world. (might I ask who are numbers one and two? I'm beginning to smell something, and it smells like...)  This 67 year old man (because he gave Ken his exact age - frivolous details are the sign of bullshit) seemed very likable and proceeded to show me his collection that he brought to my store.  He brought me multiple Walking Dead  items, including, 4 Scripts signed by actors, a proto type Negan bat, origianl Funko pop drawings, A couple CGC Walking Dead CGC Graded Comics, and Michonne Boots, saying that the boots were all purchased buy collectors from charity auctions. (No, I did not make any of the typos here)

It took us a few days to figure out they were fake (fuck you Ken - WE told you they were fake you lying sack of shit), and I immediatly reported it to the Police.  Thankfully NONE of the items given to me on consignment were sold.  Mr. King was questioned by the police in my store and he was told to never try to sell these items again. (I call bullshit. Simple bullshit.)

However, due to how the law works, the fake items were given back to Mr. Jones, who I hope hopefuly destroyed said materials, or is looking for the people who sold him the items. (Kenny, would you like to say any of this under oath?)

I am very happy in my decision to work with the police about this unfortinate situation.  I am not happy that the police did not take the items for any type of evidence and only gave Mr. Jones a warning but in the USA everyone is innocent until proven guilty. (holy fuck dude - if there was a crime committed, he would have been arrested. Are these the same police as your imaginary FBI that were to be waiting at my door? I still have the tea waiting on their arrival) But that is the law folks. Deep down in my heart I hope that Mr. Jones is a victom also (I'm sure he is a "victom" - spell check dude, try it, use it, love it - it makes you look less an imbecile), but fell compelled to let people know of my story so this does not happen again.

They say, If you don't get what you want to get experience.  I now know what a real CGC comic slab looks like.  I now know how to check letter of authentisties!  (right. Whatever. Just make sure the next forgery looks more "authentisties!") And believe me, I am checking any third party materials that comes in my store.

AMC Networks, & CGC Comic grading systems have been notified and are fully away of the situation. (they were notified, but not by you. Holy shit Ken, you are spinning one hell of a tale) I can only hope that they contine to pursue these fakes and find the people who ruin fandom for the little guy.

In conclusion, I am truly sorry for my unknowing envolvment in this situation, and appreceate all our local customers who have stuck beside me during this unfortiunate situation. ("I need rubes, damn it!")