What Do You Get When You Cross a Dachshund with a Bugbear?

What do you get when you cross a Dachshund with a Bugbear? According to +Jim Magnusson , you get the following ;)

edit: (I back Jim's Paetreon and have influenced a number of Jim's releases - and I'm damn proud of it) 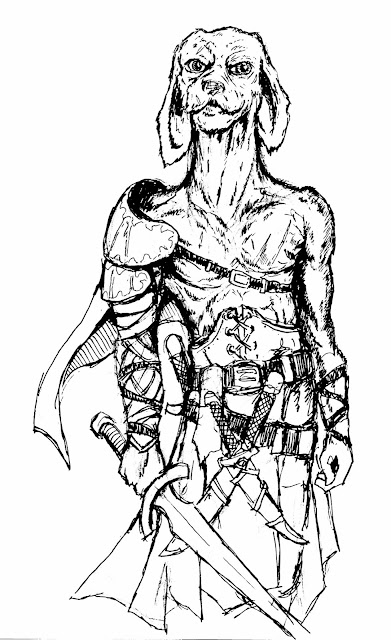 Surprisingly, Jim captured the essence of our Dachshund "Danke" perfectly. I know I've posted a few pics of her on G+, but I doubt Jim used them for reference. Yes, even Rachel approves.

I really like this pic (and the other one that Jim is releasing to his Patreon backers - I'll post that up soon.) One of my favorite things from Palladium Fantasy was the Wolfen. I'd love to do a Swords & Wizardry work up of a canine interpretation of such.