Alright, time to kick off Tenkar's Wondrous and Whimsical Trinkets and Trifles weekly offering. This week, it's going to be reflective of the cold from hell (and the accompanying sinus infection) that I've been gifted with ;) 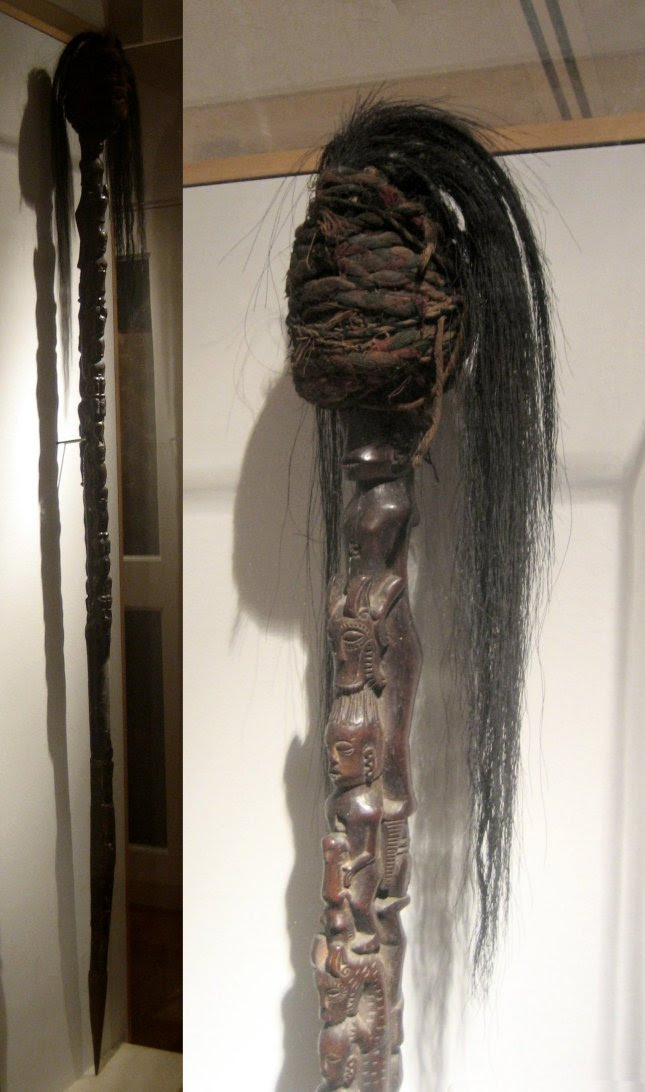 When the proper command word is uttered by the magic-user holding the staff (often "Ah-Choo!" or "Prrfffttt!") the following effects will happen:

- Within a range of 60', a 10' radius circle will cause all within to save vs. poison for up to three consecutive rounds. Once a creature makes it's save, no further saves are required.

One the first round, creatures that fail their save notice their noses begin to fill with mucus uncontrollably. -2 to all attack rolls from the distraction for 3d6 rounds.

On the second round, creatures that failed their first save must attempt a second save vs poison at -2. Failure means they will spend the next 1d4 rounds uncontrollably hacking, and coughing. No attacks are possible and their AC becomes 2 points worse, as they are unable to effectively defend themselves.

On the third round, creatures that failed their previous two saves must attempt a third saving throw, now at -4. Failure to save results in death, as the creature drowns in it's own mucus.
Posted by Tenkar at 8:56 PM

Email ThisBlogThis!Share to TwitterShare to FacebookShare to Pinterest
Labels: Tenkar's Wondrous and Whimsical Trinkets and Trifles