Today and tomorrow I'm going to try and highlight some "Old School" picks from the current RPGNow Sale. With over 500 items on sale, it's a bit of a slog to go through, but I think I've found some things that do stand out from the rest. The following are at 33% off for PDFs 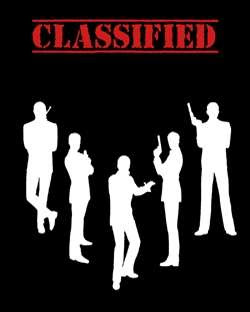 - Call of Cthulhu mixed with ample Nazis and World War II. How can you go wrong with Achtung!Cthulhu?

I really want to run some C0C these days. It's been over 20 years.

- Classified - Expeditious Retreat Press updates the James Bond RPG system, files off the serial numbers and makes all fresh, kinda like the latest Bond movies themselves ;)

Crawl! Fanzine - what can I say about the Crawl! zine that hasn't already been said? If you play the DCC RPG and you aren't reading Crawl!, you are out of your fucking mind. Run, don't crawl!

Crawling Under a Broken Moon fanzine - what do you get when you cross the DCC RPG with Thundar the Barbarian? You get an amazing zine for the DCC RPG that can also be mined for other post apoc OSR games, especially if you enjoy "the gonzo." 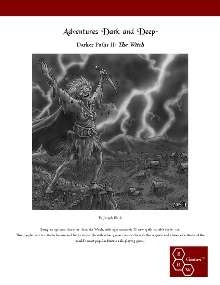 Darker Paths 1: The Necromancer and 2: The Witch - looking to add the master of death or the witch of medieval lore to your OSR campaign? Here's your chance to do so.

Dyson's Delves I & 2 - like dungeon crawls? want more maps than you could ever squeeze into your campaign by one of the premiere mappers in the hobby? some detailed dungeons and some left open for you do do so? It's all here.

In the Prison of the Squid Sorcerer - Need a dozen short encounters for your
DCC RPG campaign, or really any OSR game with a little work? It's the prefect resource when you aren't really prepared for the night's game session.

The God-Seed Awakens! - Sure seems like DCC RPG night over here ;) The God-Seed Awakens is a disturbing DCC RPG adventure for 3rd level characters. I shared beers with Paul and his wife at NTRPGCon. I did not expect such disturbance to come from such a likable guy :)