A Sphincter Says What? Delving Into Apocalypse World 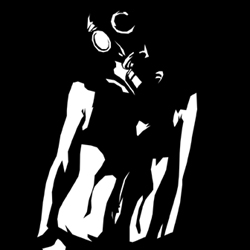 Alright.  I was told that Apocalypse World was the greatest thing since sliced bread - except that it is apparent to me that some asshole grabbed that loaf of sliced bread and squeezed the living shit out of it while it was still in it's Wonder Bread bag with twisty, put it back on the shelf and I bought it.

The best I can figure is I'm going to have to work real hard at getting to the meat in this nut of an RPG.  Want proof?  I'll give you proof (which, BTW, was read to me last night by the same guy that convinced me to buy it last week.  I literally pulled the trigger an hour before game time last night):

I know EGG used to right some confusing shit back in the day, but this seems to be written to be confusing.  It's almost like the author feels that isn't being cool unless he's writing like a fucktard.

There, I feel better.  I needed to vent.  I'm sure the rest of this PDF isn't going to be as annoying to read, 'cause if it is, Feltothraxis is going to be treating this a whole lot worse then he did Vornheim.  And yes, I ordered the dead tree / PDF combo.  I expect to find some redeeming qualities soon in this purchase, even if it means having a dragon puppet do bodily functions that puppets just aren't meant to do ;)
Posted by Tenkar at 11:49 PM