Thoughts About Starting Off a New PC/Game 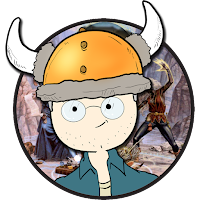 This last week I've been playing (probably too much) Tiny Tina Wonderlands, which is a D&D themed(ish) Borderlands game. It's different, and I think I preferred the D&D themed Tiny Tina's Assault on Dragonkeep (link to the standalone...it does occasionally come up for free on Steam) DLC for Borderlands 2. I know this is lot of...exposition, but whatever. This week I decided to try out the new Blightcaller class and trying to run through the whole game up to level 40 so I can get to the end-game and the 50 (?!) levels of the Chaos Chamber. Thankfully, much to my surprise, at least the first 17 levels have allowed my new PC to skip through two levels at a time. Not sure if there is some weird requirement in order to do so, but I'm taking it.

Since I'm playing in a D&D themed 1st person loot shooter I'm definitely thinking about table-top RPGs while I slog through the grind to Chaos 50. I'm kind of wishing I didn't have to start at level 1 and work my way up, but really only because playing through the game a second time is exactly like playing through the first time. Clearly the level skipping in the Chaos Chamber is more than fine by me.

Up until recently I've never started out a TTRPG PC at beyond 1st level, well at least not in a home game. In a tournament setting one-off, it's a normal thing. Outside of a convention setting I've never GM'd PCs starting out at higher level. Currently in my home game I have a secondary PC that I use when our entire group cannot get together: Gunnhilder (Goon-hill-dur), a kick-ass 4th Level Fighter....(well I am biased). Since we've had a few sessions now I'm starting to get a bit of a feel for the PC, but really on starting. That's the problem with starting off at a higher level, there's no history: personal or shared. No biggie for a one-off, but a mini-campaign....it can be a little...disconcerting at times. Hell, after three games I still can't get the GM to say my PC's name right.

Clearly I'm a fan of starting out at 1st level and I'm also a fan of creating PCs as a group, even though there is something to be said for the chaos of randomness in parties. Want four 1st level Magic-Users and one 1st level Thief? Good luck with that.

So along with thinking about starting off new PCs I naturally (let's be honest, it takes a long time to level up a Borderlands character) segue from new PCs to new players...and not just new new players (like never rolled dice before), but new to a specific game players. Learning the ins-and-outs of a new game can be a bit much sometimes. If there was only some sort of training dungeon you could configure to learn some tips, tactics, and whatnot.

Now my wandering thoughts were...well way too similar to the Chaos Chamber mentioned above, but...well that idea kind of sucks. Yeah, basically I'm beatings *someone* here to it! Thing is, I've done a training adventure before for the newest edition of HackMaster. Just something I put together to help out with newbs at conventions when the 5th Edition HackMaster came out. Danger in Drakesville (free on DTRPG) wasn't terribly difficult to play, or run, and really served to get a bit of experience (in and out of game), and I had fun with it for a couple of years, well maybe after the first convention season. That first convention was a PITA. Too many people basically said "fuck it" and just went off the rails in the most spectacularly-stupid fashion and I had to tweak the adventure to accommodate the two biggest fuck-offs I experienced: 1) Players thinking it would be "cool" to have their PCs down a pint of what was described as 190 proof Everclear (a pint and half would have a 50% chance of being fatal for 180# person, give or take). 2) At the clear end of the adventure, let's go into this obvious death-trap 'cause why the fuck not?

Thing is, I totally forgot I literally (in this case) wrote an adventure that the back-story is that it was a configurable dungeon, but your group was just a bunch of 1st level newbs going through it last and there were a bunch of spectators watching the group and betting. It was for 4th Edition HackMaster, which is OSR and I figure at least one person here might want a copy. Normally it's a $2 item for me on DTRPG, but I went ahead and made a special freebie discount code for "The Test" (link to the freebie). It's my hope that *somebody* could get some use from this and use it as a starter dungeon to help someone new learn to play.

Posted by Christopher Stogdill at 4:58 PM

Email ThisBlogThis!Share to TwitterShare to FacebookShare to Pinterest
Labels: adventure, not Erik, PCs