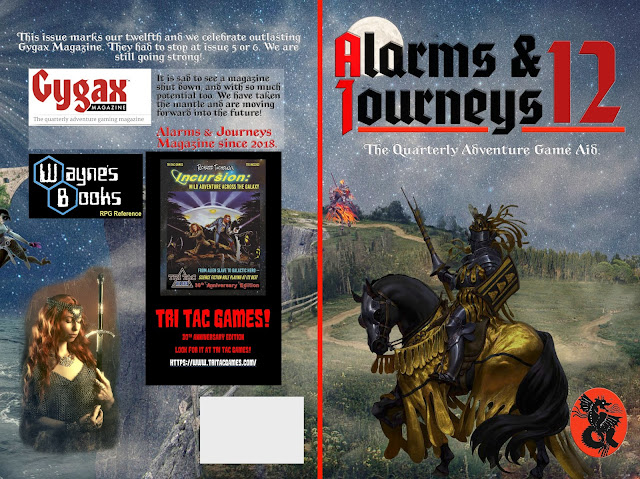 There's something about Dave Johnson that implies douchebaggery (in my humble opinion - your opinion may vary). Maybe it's the game Dave has turned the release of Star Frontiers: New Genesis into. Note, I'm not talking about the actual ruleset, which likely only exists in a tangible format in the rocky crags of Dave's mind. I'm talking about the "release game" - free copies of SFNG at TSR Con! No Dave Johnson at TSR Con and no copies of SFNG at TSR Con (apparently due to Dave getting hit with Covid, and then recording the announcement of the delayed release of SFNG at a restaurant while still suffering from the effects of Covid), announcing the shipping of SFNG the end of last week, followed by the announcement of limited playtesting and a very limited number of playtest copies available. (so, copies apparently AREN"T shipping). Good luck getting into the playtest, Dave's blocked about half the community in the official Star Frontiers: New Genesis Facebook Group ;)

If you think that timeline is a bit bizarre, read the above pic at the top of this post. Notice the reference to Gygax Magazine, including using the magazine's logo. Did you happen to see Dave couldn't be bothered to do a simple google search to determine if it had been "5 or 6 issues"? What kind of lazy fuckery is that? You claim to have "taken the mantle" of Gygax Magazine, and you have no clue how many issues of Gygax Magazine was published. Dave, as a simple FYI, it lasted six issues. Always looking to have others do your work for you I see ;) 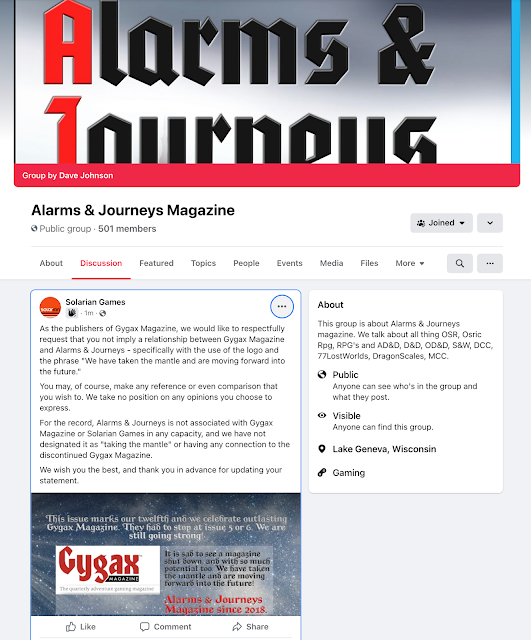 So, of course, Dave does what Dave does best - a very sloppy correction.

Did I mention that Alarms & Journeys is an obvious attempt to invoke the thought that it is a spiritual successor to Lee Gold's Alarums and Excursions, or even be mistaken for such?
I'd like to quote Time Kask, from David Flor's share of Solarian Games post over on Facebook:

Damn it Dave, I also failed to have an original thought ;)
Edit: