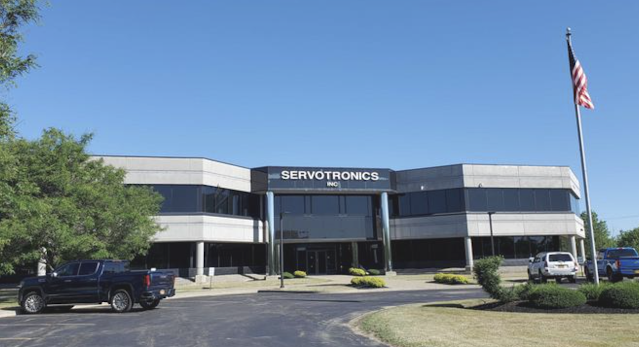 The "Turbo" saga appears to have come to a conclusion, with Ken "Turbo" Trbovitch resigning as President of Servotronics.

The lawsuit referred to below named Gary Con and Luke Gygax within its pages.

THE BOARD OF SERVOTRONICS, INC. ANNOUNCES LEADERSHIP CHANGE (link to original article)

ELMA, N.Y., Dec. 27, 2021 /PRNewswire/ -- Servotronics, Inc. (NYSE American - SVT) announced that Kenneth D. Trbovich has resigned as Chief Executive Officer and President and was removed as Chairman of the Board, after a nearly six-month-long internal investigation identified grounds for his termination.

While the Board of Directors conducts a search for a permanent replacement, the responsibilities of the CEO and President will continue to be carried out by other personnel, led by Chief Operating Officer James C. Takacs.

The Board's non-employee directors stated:  "Our highly skilled workforce and experienced management team have ensured that Servotronics continues to deliver on its reputation for meeting and exceeding government, defense, commercial, consumer and other customers' high standards for quality and reliability, which has been built over more than six decades. This team has delivered sequential sales growth in the second and third quarters of this year, while continuing to invest in people, product development, and production capabilities that are designed to position Servotronics for the future. We look forward to providing Jim Takacs and his team with the resources they need to continue executing, while the Board conducts an active search for a new CEO."

Today's announcement follows a previously disclosed internal investigation, authorized by the Board on June 8 when Mr. Trbovich was placed on administrative leave, one day after a then-employee filed a civil complaint making allegations regarding the executive's conduct. The investigation was undertaken by independent, outside counsel.

On Dec. 1, Mr. Trbovich was informed that grounds for termination were identified during the investigation and a Dec. 22 meeting was scheduled for the Board to hear from the executive and consider the matter. On Dec. 21, Mr. Trbovich resigned as CEO and President. At its Dec. 22 meeting, the Board accepted his resignation, removed him as Chairman, and based on the findings of the investigation determined that he committed willful malfeasance that would have justified termination. The Company has not disclosed other findings of the investigation, as they relate to personnel matters.

While the former executive remains a director, the Company does not intend to renominate him for election to the Board at the 2022 annual meeting of shareholders.