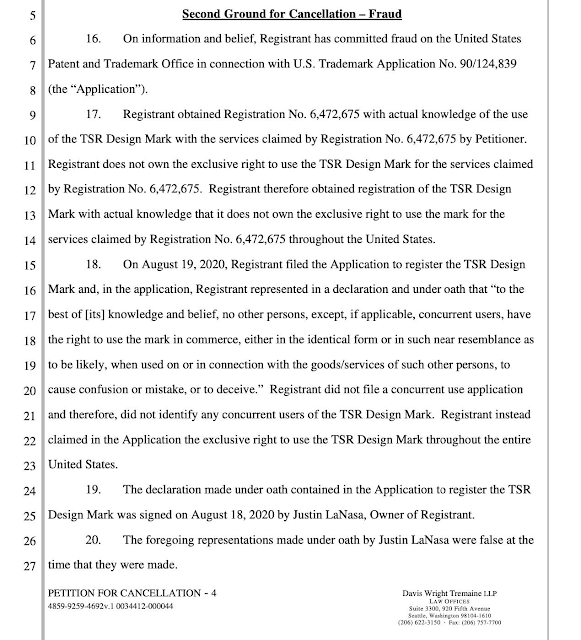 This is purely going to be a data dump, as folks have been asking me for the legal action WotC filed against TSR3 THE DAY BEFORE TSR filed legal action against WotC.

Edit: So, an individual, likely associated with the "TSR Army" - barely a Fire Team at best, decided to dox me. I'm sharing my response here because I have NOTHING to hide:

So, VP-APNI just spammed the channel with 10 posts, with my "real" last name, because of "reasons". The posts are deleted, not because he's was posting my "real" last name - Stiene - which is in Swords & Wizardry Light, Swords & Wizardry Complete, AND listed on BoardGame Geeks, but because he was spamming the channel with literal spam. Ah, the TSR ARMY, an army of one special individual. BTW, there never was a deli on Haspel Street VP-APNI. Now get your shinebox!

Email ThisBlogThis!Share to TwitterShare to FacebookShare to Pinterest
Labels: tsr vs wotc, tsr3