I Received My Swords & Wizardry Accessory Pack - Overview with Pics 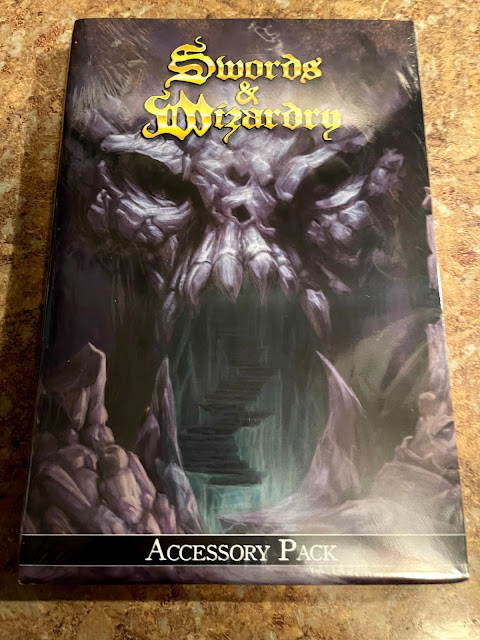 So, what do you get? 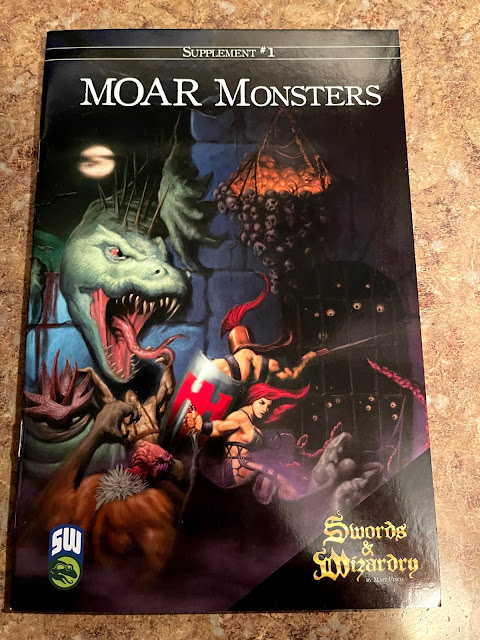 Moar Monsters, also known as "Supplement #1" (I would take that as a good indication that Frog God Games plans further support for Swords & Wizardry that will fit into the new boxed set). Over 50 new monsters for Swords & Wizardry - although many are prior OGL creatures and will be recognized by long-term gamers. 24 pages including the OGL. 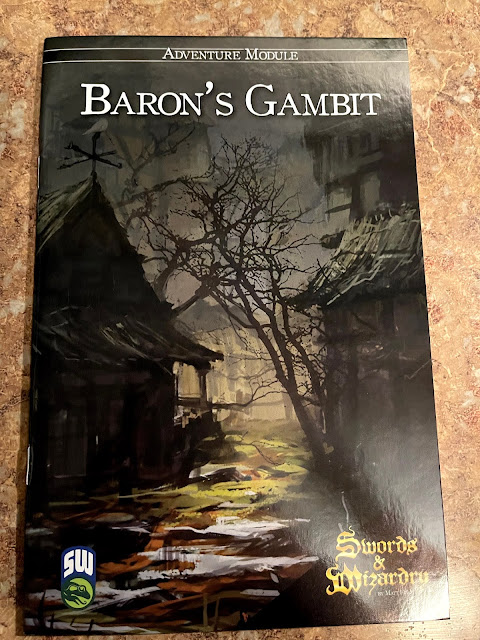 Baron's Gambit, an Adventure Module. Written by Matt Finch. It includes a starting village, a dungeon, a new magic item, and four new monsters. I haven't read the adventure yet (when I do I will be sure to post a summary), but it is a starting adventure for a new campaign. 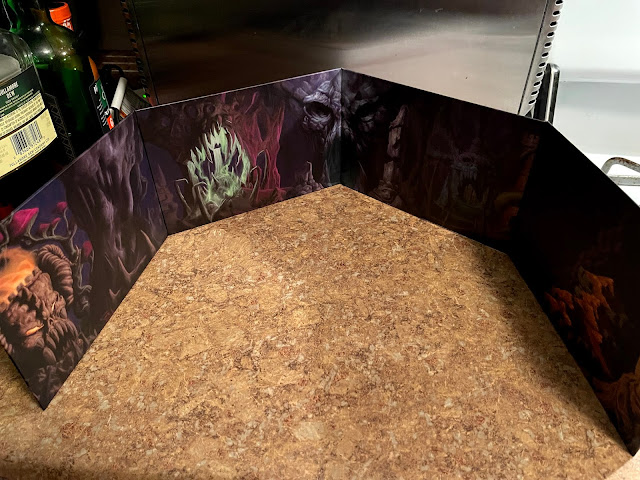 Gamemaster's Shield for Swords & Wizardry. It fits into the Swords & Wizardry Boxed Set. Personally, I love this height for GM shields. The other art is dark and atmospheric. The inner of the shield has the combat matrixes. It could have been blank for all I care, its a perfect GM shield that does not form a wall between the GM and the players, yet still keeps notes and dice rolls secret. Well done! 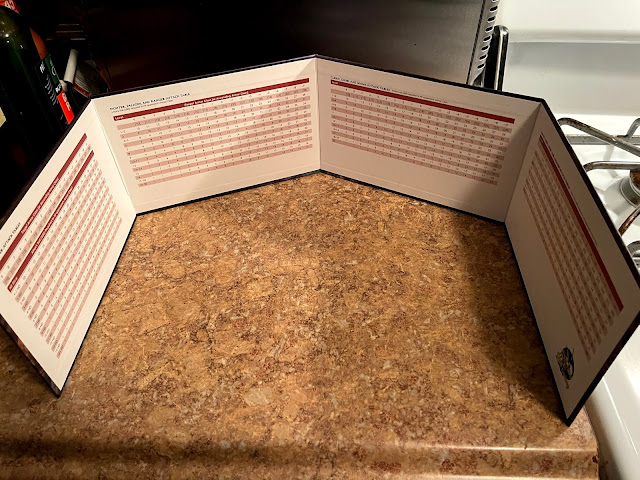 To get a Swords & Wizardry Accessory Pack click https://www.froggodgames.com/Extra-Swords-and-Wizardry-Accessory-Bundle

The Tavern is supported by readers like you. The easiest way to support The Tavern is to shop via our affiliate links. DTRPG, Amazon, and Humble Bundle are affiliate programs that support The Tavern.  You can catch the daily Tavern Chat podcast on Anchor, YouTube,  or wherever you listen to your podcast collection. - Tenkar
Posted by Tenkar at 9:48 PM