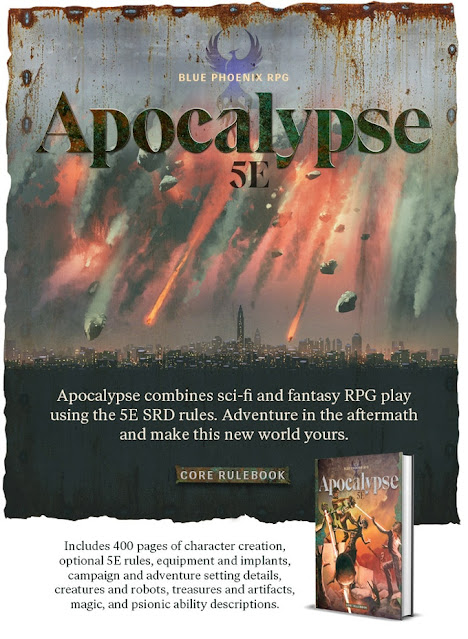 Sometimes you simply have to wonder. Maybe even scratch your head. Everyone and their mother want to have THAT Kickstarter. The one that makes them a household name in the gaming industry and means they will never have to be a cog in someone else's business model ever again. Another rich and famous game creator. Sadly, the reality is that Kickstarters that hit those life-changing amounts of pledge dollars are somewhere on par with the odds of hitting it big with Lotto. It can be done, but it needs more than luck, hard work, and name recognition. It often needs something resembling the planets coming into alignment.

Now, do 13 10 (as three were canceled) successful prior Kickstarter projects mean you can hit a $100k payday with your latest?

Hmmm- The most backers Daniel had before his current project was 124. The most monies raised on a successful project by Daniel was $2,179. That's okay though because his eyes are big and are focused on the prize: 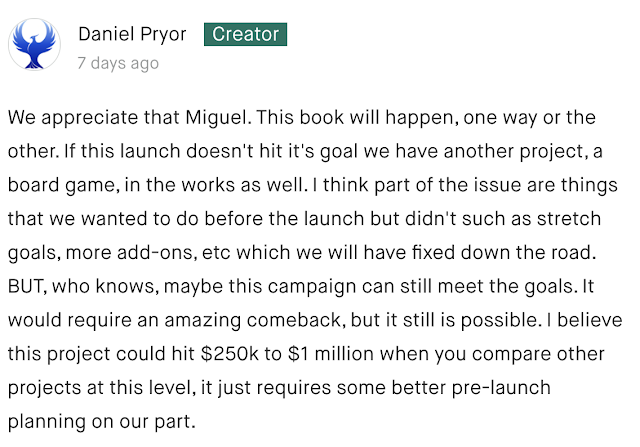 Now, over two weeks into the funding period of the Apocalypse 5E RPG Kickstarter, he has 72 backers and just shy of $3,700 in funds raised. With two weeks left to fund.

Simply put, this will not fund. Not now at $100k. Not if rebooted at $10k. Certainly not to raise 1 million. Dare I say it, but this is delusional. The leap it takes to go from where he is to where he wants to be is nowhere in the realm of reality, but I've seen this many a time. From names well known and not so well known.

The question to ask is "who will be to blame" for the project's failure to fund? Certainly not the creator. It never is.

Strangely enough, even the name of this project isn't accurate, as Apocalypse 5E RPG isn't a stand-alone RPG as the title would imply, but as the Kickstarter page itself says, it's a "post-apocalypse RPG setting handbook that allows you to use 5E rules and combine fantasy and sci-fi themes."

I'm sure this would have done well on the DM's Guild, though not in the amount that the author would have hoped for.