State of The Tavern - Layout, Torchlight Zine and Swords & Wizardry 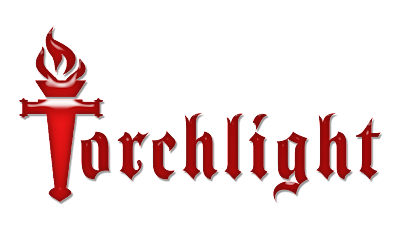 As I mentioned last week I'm gearing I'm behind the scenes in preparation for the Kickstarting of the new Swords & Wizardry Boxed Set, due to launch sooner than later (I'm not privy to a more exact time frame).

One of the things I have to do is get my barely serviceable layout skills out of retirement. I haven't laid out a product since Swords & Wizardry Continual Light, and while it did the job, the app I used, Lucid Press, did not embed fonts, so no POD on DTRPG or Lulu, although it is up on Amazon, go figure ;)

Now I am playing with Swift Publisher 5, and it seems to do what I want without the overwhelming complexity and limitless options of InDesign. I am playing with the layout of Torchlight Issue #0, intended to launch in conjunction with the upcoming Kickstarter (with Issue #1 planned for right before the closing of the Kickstarter).

Here are the current plans for my approach to Torchlight:

It is currently planned to be a 4 page, digest-sized, Pay What You Want (PWYW) monthly zine for Swords & Wizardry. Content will begin on the front (cover page) and run through page four. The OGL will be attached as a 5th page. Those printing at home simply won't print that final page.

The great thing about Torchlight releasing as a PDF zine meant to be printed at home is that the page-count can accommodate additional submissions. If others submit material, we could include a dungeon level or outdoor encounter in the center spread and simply more content (and more voices). Moving the page-count to 8 pages allows for a true front cover. I see page-count as fluid myself. Besides, 8 pages are still only 2 sheets of paper ;)

The plan is to collect a year's worth of zine material and release it as a POD release yearly.

I may print at home some copies of the zine for distribution at the various conventions I attend with the Frogs.

Alright, that the skinny as of right now. More when I have more :)

Email ThisBlogThis!Share to TwitterShare to FacebookShare to Pinterest
Labels: state of the tavern, Swords and Wizardry, torchlight, zine