Well, the answer to the question possed above is fairly obvious: he's on Twitter tilting windmills. He certainly isn't doing much work on Far West. The last update on the Far West Kickstarter was from July 15th, 2019, where Gareth told us: "All official updates will now appear on the Far West website.  We have a forum there where I can be reached for questions.  The Kickstarter page will be used purely for the delivery of texts, PDFs, etc. to backers.  Now, the home stretch.  Talk to you soon."

So, in violation of Kickstarter's own rules, all updates will now be on a forum that Gareth controls. Which means Gareth gets to control who comments. You would assume there would be some kind of updates on the forum, let alone some comments from Gareth's loyal fans, right? 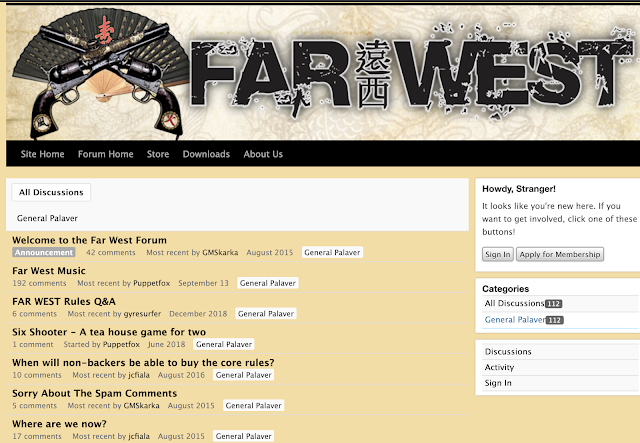 So, with the exception of a comment in the Far West Music section from September 13th of this year, we have to go back to December of 2018 for the last comment on Far West over on the Forum Side.

But he's alive and well on Twitter. If only Far West were political, he could write it 280 characters at a time. 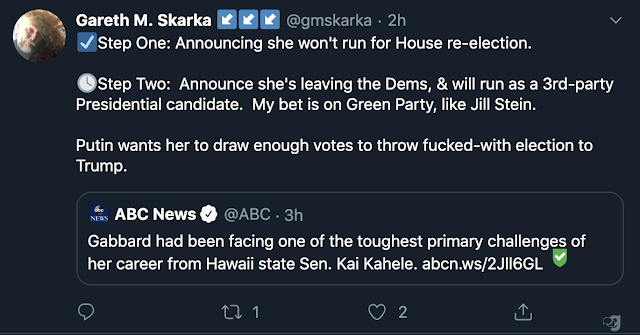 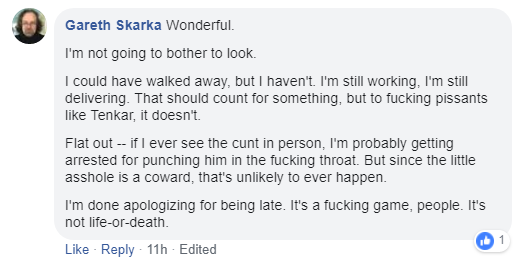 Actually, its $49,324 of other people's money that you spent already with NOTHING to show for it after nearly 8 years (inferred from the inability to refund backers monies when requested) that upsets folks like me.