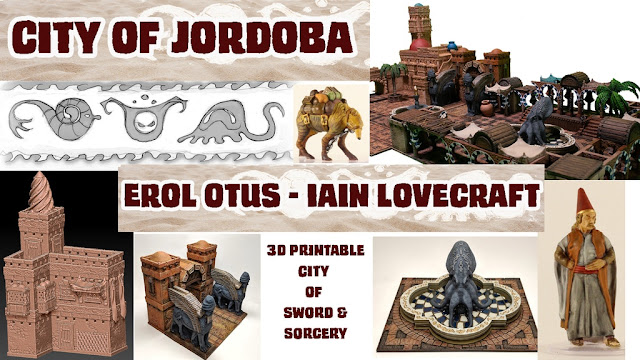 I think I've gotten to the point where I need a 3d printer because of Kickstarters like this. Yes, Fat Dragon has had some amazing 3d printable terrain Kickstarters, but the City of Jordoba: 3D Printable Terrain Kickstarter is pushing me over the edge. Damn you Matt Finch and Company. Damn You!

This is not your ordinary "fantasy city" -- it's built on sword & sorcery fiction, not on "high fantasy." Sword & sorcery fiction - the heart of D&D - isn't really set in the worlds of Tudor and Gothic architecture. For example, Conan strides through realms that are mostly akin to the Fertile Crescent and Africa -- nothing like Merry Olde England. Fafyrd and the Grey Mouser swagger around in cities based on Alexandria, Tyre, and Seville. This is the realm of the Black Company, not the the Fellowship. Not only is sword & sorcery fiction "based" outside of Western Europe, it takes imaginary versions of these places and adds the strange, the weird, and the alien.

Who better to portray the strange, the weird, and the alien than famed D&D artist Erol Otus? For our fantasy city we've teamed up Erol Otus as a concept artist, Iain Lovecraft as the sculptor and designer, and Matt Finch as concept artist and designer. Our objective -- to offer a swords & sorcery city that's different from anything else out there.

Cult following? Yeah, pretty close. Erol's work on early D&D art includes the cover of the Basic Set and the famous Cthulhu Mythos section of Deities and Demigods that TSR removed from the book in later printings. He has, let's say, a reputation for weird, phantasmagorical imagery, which made him perfect for what we wanted to do with this Kickstarter. We got Erol to do a lot of the concept art upon which this Kickstarter is based, with contributions from Matt Finch. Iain Lovecraft's well-known work as a 3D sculptor/designer is, of course, present throughout. 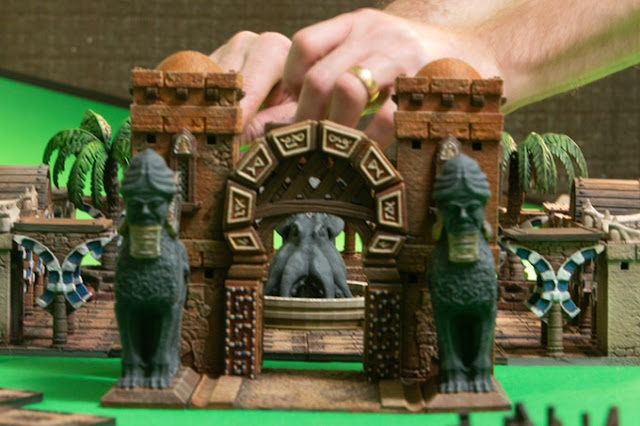