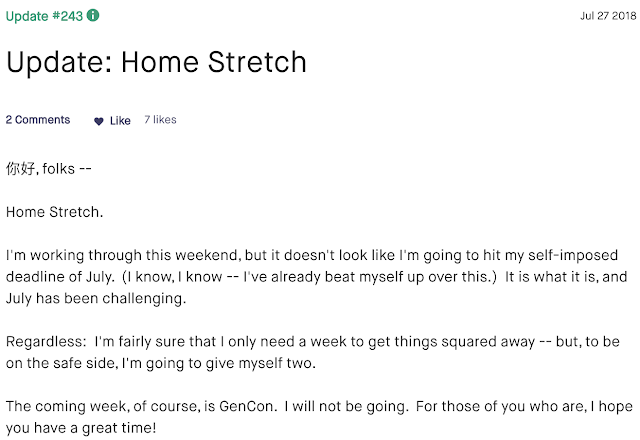 Gareth missing a deadline might as well be a drinking game. Potential problem? Alcohol poisoning.

Here's the challenge - stop with the fucking Twittering and actually write something longer than 240 characters at a time (or whatever Twitters current limit is).

I gave Gareth some slack when he said he was going to the Open d6 system, hoping the change would spark something within his creativity, but I can see I was wrong.

What's the excuse this time Gareth? Dog eat your laptop? Another pet die? Power outage for the last 3 weeks? Twitter get your tongue? Or are you too busy writing for the Star Trek RPG to fulfill obligations that are over six years old?

But hey, at least you do make some Far West related tweets (if you cut back on the political tweets and drama you would have completed this years ago):

Not that you do any Far West related WRITING...
Posted by Tenkar at 5:04 PM