Wizards of the Coast Announces Closing of It Community Forums - Is There Anyone Left to Watch as the Light Gets Turned Off? 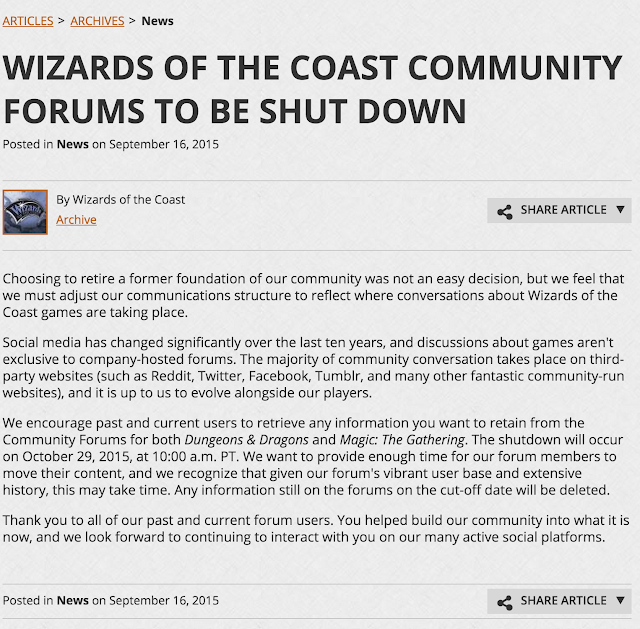 Wizards of the Coast recently announced the closing of their Community Forums. I haven't read their forums in years and rarely go to forums in general, but there are folks that just use forums for their gaming news and interactions with other gamers.

Even if, as WotC says, that the majority of the community conversation is taking place elsewhere, I suspect a sizable amount of it was happening on the company's forums. This is simply cost cutting, plain and simple, but I suspect part of the cost will be a loss of traffic to the WotC site.

Instead of trying to build a community, they'd rather cut it loose.

I know few if any of The Tavern's readers frequented the WotC forums, but it's still a shame to see them shut down.

When they should be looking to build up their loyal gaming community, they end it.
Posted by Tenkar at 10:08 PM

Email ThisBlogThis!Share to TwitterShare to FacebookShare to Pinterest
Labels: wotc