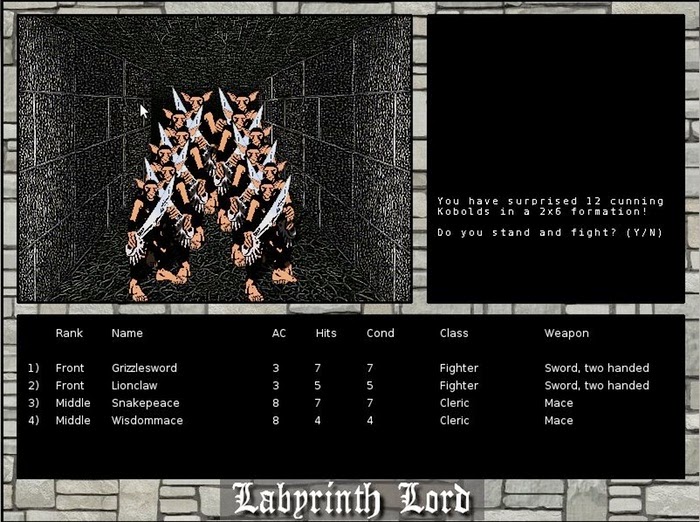 Labyrinth Lord - The Computer Game - kinda has a ring to it.

Lets be honest, the old computer RPGs many of us cut our teeth on in the mid and late 80s had their charm, but even if one were to recreate it today, your audience would expect more. Just like the retroclones allow us to play the older systems but with rewritten wording and cleaner presentation, I'd expect similar for a game looking to recreate SSI Gold Box games, or the Bard's Tale, or whatever. 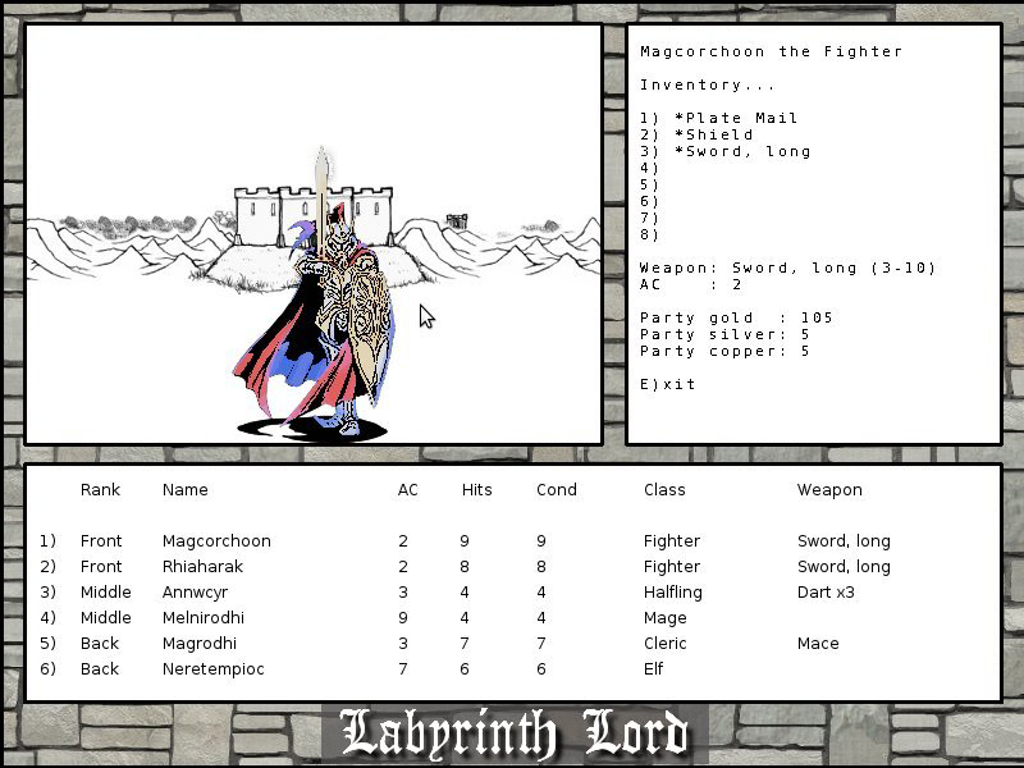 Actually, I've played similar clones on my iPad and Android tables, and quickly put them to the side. It's not like folks have stopped producing such clones. I just find that the ones produced these days do not come anywhere near the depth of the stories that were present in the games of old.

I'd gladly play the game pictured here if it were well written as many of the titles of old. Regretfully, there is no mention of the underlying story or hooks in Labyrinth Lord - The Computer Game. The graphics themselves are 30 years old. The tactics are 30 years old. If Pete can present something as engaging as The Bard's Tale, the SSI Gold Box Series, Ultima and the like I'd gladly back this.

The above games were always more then their graphics, mechanics and combat options. I'm not sure Pete understands this. If he does, he doesn't indicate it in his pitch.