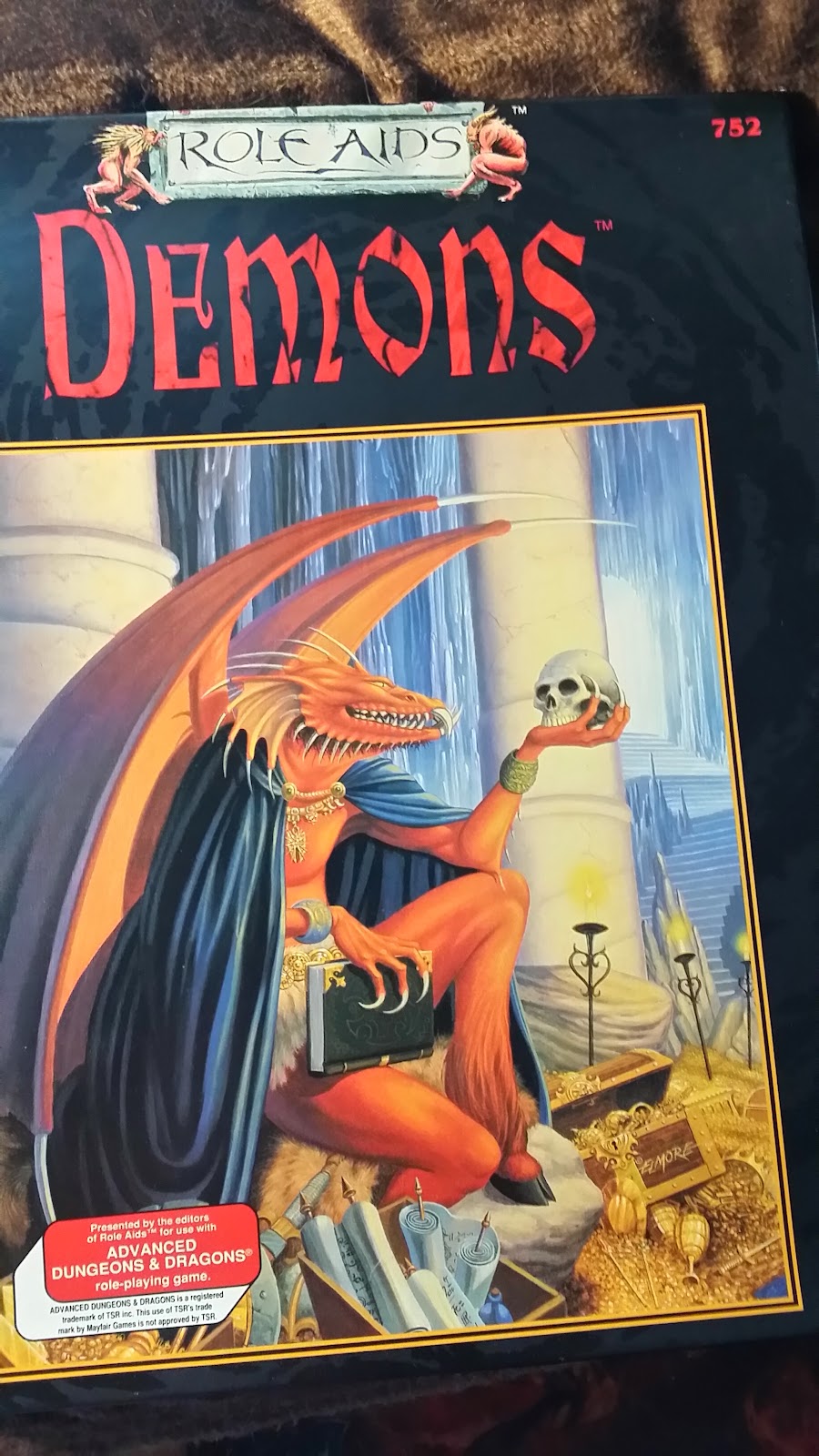 Remember one of the biggest changes to AD&D 2e? No, I'm not talking about the removal of assassins or half-orcs from the roles of PCs. No, it was something that got my gaming group riled back in the day - the removal and Demons and Devils from the monster manuals and renaming them Fred and Ethel (or Tanar'ri and Baatezu - I forget which). It was, for lack of a better word, sacrilege.

So, up stepped Mayfair with it's Demons line of supplements. Made for AD&D 2e, they included new demons, new spells, a players book to get them in the mood, poster maps and other goodies. I have 2 boxed sets and 4 folios from the line. The demons come on their own hole punched pages, made to be inserted in the horrible AD&D 2e Monster binder.

Did I ever use it? No - I've never have included named demons or devils in any of my campaigns (although Azmodious did appear in a random dungeon room of a dungeon I rolled up back in High School). We did include the basic unnamed ones as "just another monster". It was just the idea that TSR was "dumbing down" or making D&D "politically correct" back in the day that annoyed us.

I don't recall if there is a matching "Devils" line of boxes and books. 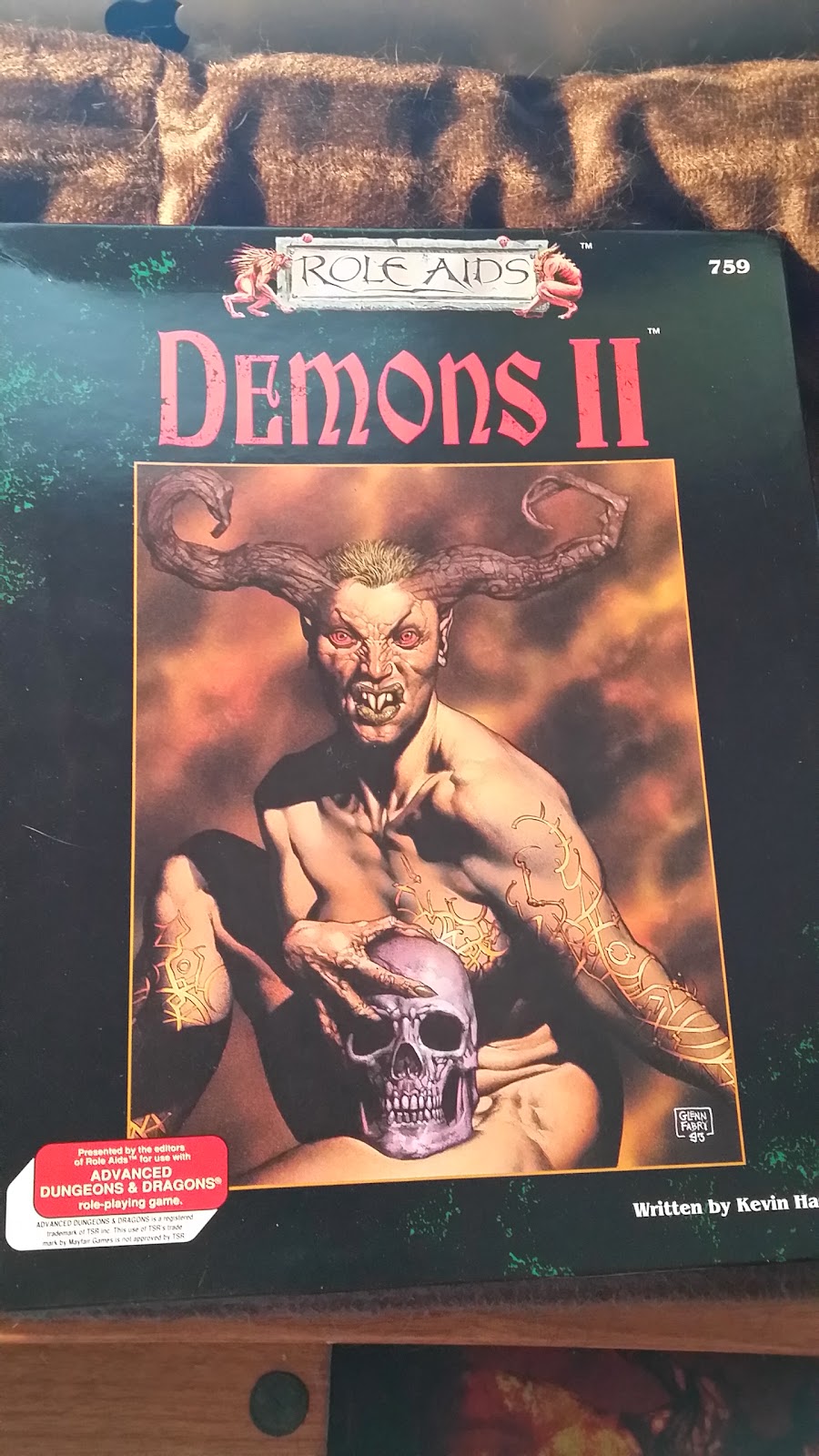 Email ThisBlogThis!Share to TwitterShare to FacebookShare to Pinterest
Labels: games from the basement, mayfair games