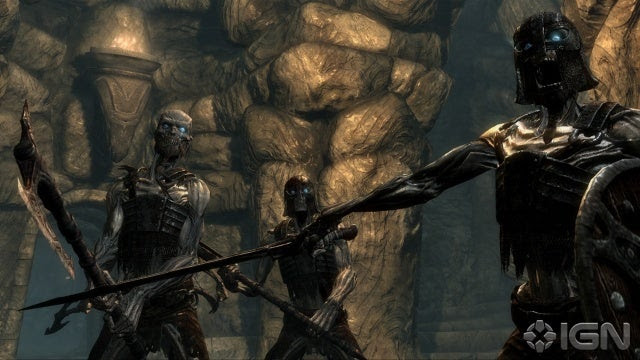 Sacrilege, I know.  How can a computer / console RPG teach anything to an Old School Grognard that likes his dice real (or really nice virtual) and his players more so?  The secret's in the presentation, or, more accurately, how the encounters are presented.

First thing first.  Skyrim is the sandbox that defines the sandbox.  Actually, pretty much all of the Elder Scrolls line is sandbox style, but this really is.  Wander into stuff that's too tough for you?  Return later.  Thank God for saved games ;)

Anyhow, this is the first computer game I've played in... forever... that I actually let the atmosphere totally draw me in.  Sounds, sights - the whole thing had me literally sitting on the edge of my seat in the first dungeon I stumbled into. Even my wife noticed.  I was actually getting scared by the sound of steps getting closer, not knowing what it was coming towards me. 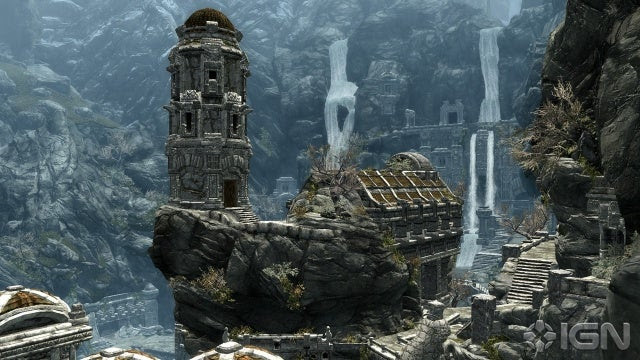 Sounds are something that can definitely be used to enhance a tabletop RPG session with the right group.  Some may find the occasional sound effect more of a distraction that an enhancement, but if you can get the right group together, you may certainly add some depth to the RPG experience.

Same goes for visuals.  I've found trap switch plates by actually seeing the on the screen (usually after stepping on them, but still.  I'm not sure if you could show the party thief a sketch of the room with a possible trap and adjust the time he has to study it by his thieving skill - the higher his skill, the more seconds he has to look before describing his actions - but it would certainly be a nice twist, and add more role-play to the roll and play.

NPC that have an actual schedule that they keep is an excellent tool for a DM.  Danny the Bard is at the Minstrel Boy four nites a week, The Prancing Pony two others, and the Inn of Ill Repute on the night he isn't working.  When the party needs him and his lore knowledge, they may need to track him down.

Anyway, my wife will soon regret buying me this.  I think it's a game I plan on finishing, and that means lots of time on the PC.  Sorry lass. :)
Posted by Tenkar at 9:43 PM