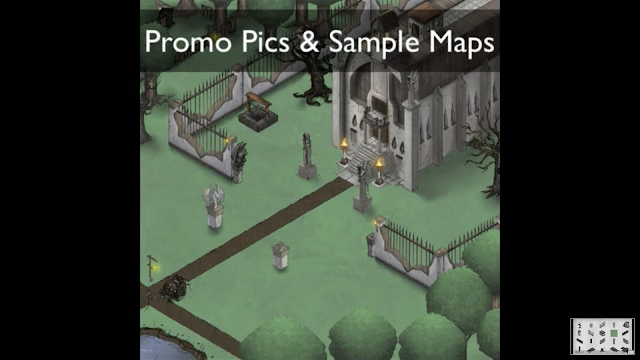 I've been a fan of Heruca and Battlegrounds Games for years, it may be even a decade or more. When I was researching VTTs back in the day, the Battlegrounds Games forums were my go-to location to get info and ask questions. sadly, the forums appear to be down right now, but I was always impressed that Heruca was quite happy to have conversations about VTTs that were in competition with his own VTT in his own forums. That took both integrity and confidence in his own work, and it was refreshing. 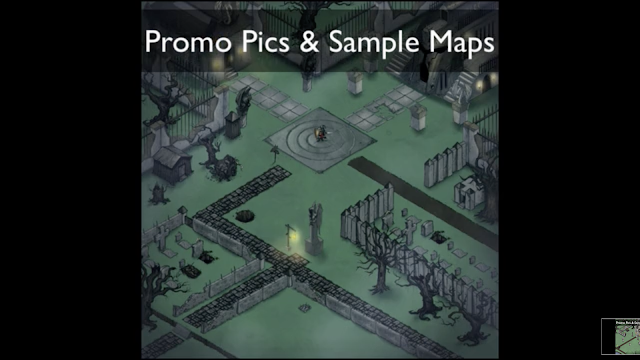 Isometric maps were made popular by many computer RPGs and strategy games. A lot of people, however, might be familiar with the map style but not necessarily with the technical term "isometric". Maps made with with isometric graphics can create spectacular, richly detailed visuals.

For GMs of pen-and-paper RPGs, such maps are often more useful as visual aids than as tactical battlemaps that you would move tokens around on. However, some virtual tabletop programs (aka VTTs) now support isometric maps, and that number should gradually increase.

While the majority of potential backers of this project will likely be tabletop RPG gamers, isometric mapping is something that non-gamers can really enjoy, too. Creating isometric maps/illustrations is a fun, creative, and rewarding activity that anyone, regardless of drawing skill (or lack thereof) can enjoy.

If you're not already familiar with MapForge, here's a quick recap:

Assets from this KS start at 4 bucks a pack. The full Mapforge Software is 35 bucks, and well worth the price.

Posted by Tenkar at 9:39 PM No comments:

Good Deal Going on Right Now Over at Kickstarter 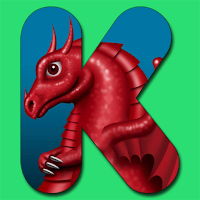 Today kind of sucks for me......I finally got my home server setup almost like I want it (will be putting it into a new case next month) and I go to hookup my external drive to transfer about a year's worth of RPG downloads to the server....and I accidentally knock if off the table. Now it just makes a clicking noise and Windows won't see it anymore.

Now I'm a firm believer in the idea that if you don't have your data in three places you don't have your data. I really haven't lost much, well actually I've lost a LOT of data, but some of it is on other devices/drives. Some. My rather large collection of 3d printing files are *poof*. I'm sure some of those files are backed up, but that backup is back home on the family farm and there isn't a local backup because....well because I can just re-download all of those things.

It's a complete and total PITA, but it is doable.

So I've got a long road ahead of me logging into like three or four different websites/databases and clicking through 5,000 files to restore things......which is sad since I was literally setting up top transfer files so I'd have the data in 2 places (I was going to burn everything to a Blu-Ray M-Disc for my off-site tertiary).

Gee whiz Chris, sounds nice by why TF would I give a rat's-ass about your 1st world problem?

My first guest-post here at the Tavern was to totally bitch and moan about Ken Whitman and his highway robbery that was his Kickstarter Scams. Erik is more than up-front when it's come to his Kickscammers, but I'm not sure we get to hear too often about the guys doing these things right....and Tom Tullis/Fat Dragon Games does a helluva job with Kickstarter:

Now as far as Tom goes, he likes to project an online persona that he's an asshole, but he's actually one of the nicest guys I've run into in the industry, which is saying a lot because we have a lot of nice guys in the industry. Sure we have actual assholes too, but they're not the norm.....

Now I do have a decent Tom Tullis story that I could share, but he's probably not going to like (well, at least publicly) me going any further along this train of thought. What I can "say" however, and I'm kind of banking on my own reputation here, is that I own almost every product that Fat Dragon Games has ever produced. The only stuff I do not own is either modern or futuristic/Sci-Fi. I can honestly say that I put my money where my mouth is and I can't sign up for Fat Dragon Games' Kickstarters fast enough!

This is what is being offered for $75 (and this isn't counting the stretch goals!): 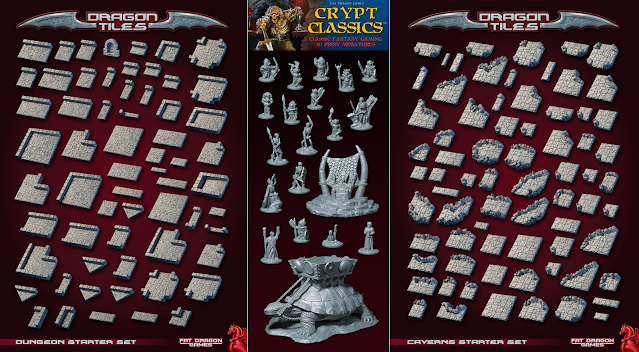 Currently there are only two stretch goals left...and those will be hit easily, so my promotion here is not to benefit my own pledge. I'm just wanting to help a good guy/company out, and more importantly, turn some Tavern Patrons onto a good thing.

Posted by Christopher Stogdill at 5:46 PM No comments:

I know. My coverage of various Kickstarter projects has slowed down recently. It's just that the number that truly excites or interests me has shrunk even as the number of "RPG" tagged Kickstarters has significantly increased.

Nicomeiden's Tower: A Dungeon RPG Adventure is a strange choice for me to showcase. While I certainly find it interesting, I also find it to be a Kickstarter that I don't see myself backing, which is a shame.

First things first, I had to dig into this Kickstarter's FAQ to find out if this was written for the OSR, 5e, Pathfinder, or even some non-D20 system. That knowledge should be front and center, one shouldn't have to go looking for it.

My other main issue is the pricing. $15 for an adventure to be played in a single session seems excessive. $25 for the print is on the high end, and IMHO should include the PDF version at that price, but no, it's $35 if you want print plus PDF.

Simply put, there are cheaper choices with more playability from better-known creators and publishers available. It may certainly be a viable choice for a night of gaming, but for me, not at this price point. I certainly wouldn't pay 15 bucks for a single session PDF on DTRPG.

Did I mention the video hints that there will be color (looks to be computer generated IMHO) and B&W art that isn't consistent in tone within the module? I could be wrong with this conclusion, but not likely.

I wish the creator luck and long-term success, but I won't be backing this one. 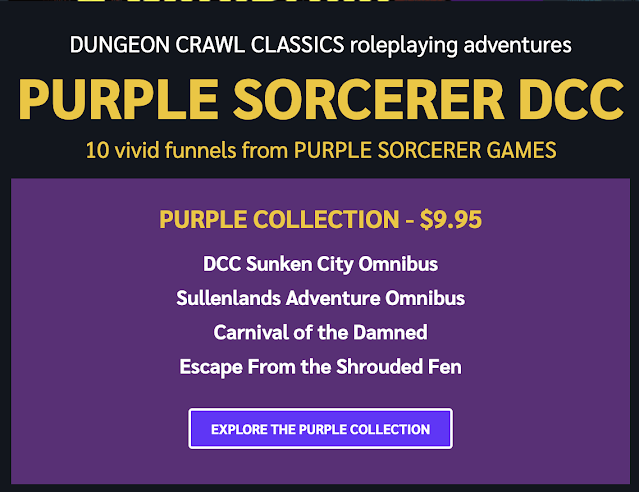 I love me some Purple Sorceror. I've been following John Marr/Purple Sorceror since the early days of the DCC RPG. Amazingly enough, I'm only missing one item from the current Purple Sorcerer Bundle of Holding Quick Deal.

For just US$9.95 you get all four titles (with ten complete adventures!) in our Purple Collection (retail value $45) as DRM-free ebooks:

Email ThisBlogThis!Share to TwitterShare to FacebookShare to Pinterest
Labels: bundle of holding, dcc rpg, purple sorcerer games
Older Posts Home
Subscribe to: Posts (Atom)
Tenkar's Tavern is supported by various affiliate programs, including Amazon, RPGNow,
and Humble Bundle as well as Patreon. Your patronage is appreciated and helps keep the
lights on and the taps flowing. Your Humble Bartender, Tenkar