Humble Bundle - So You Wanna Try Out Pathfinder 2e 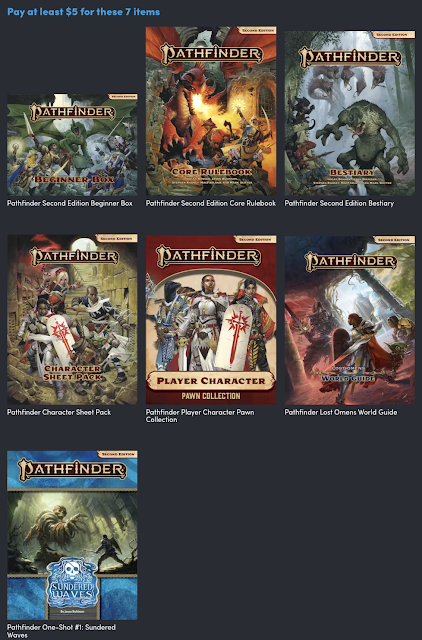 I've never been a Pathfinder player, regardless of edition, but my God, the Pathfinder Beginner Boxes - First AND Second Edition are simply amazing! They certainly do tempt me into the Pathfinder realms. As for the adventures, Pathfinder adventures have always been solid.

Posted by Tenkar at 9:47 PM No comments: 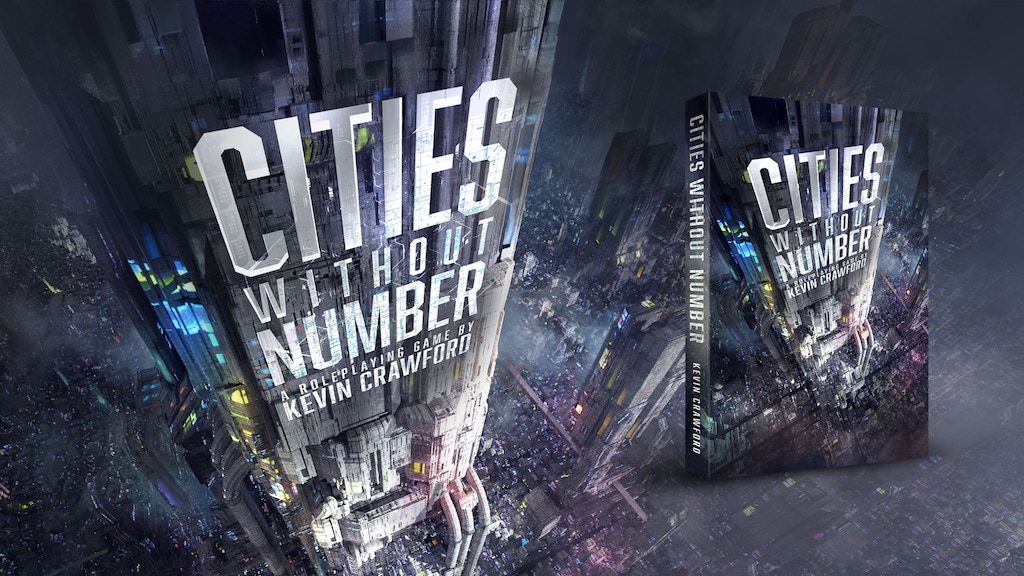 We have a new Kickstarter from Kevin Crawford, Cities Without Number.

A cyberpunk tabletop RPG from the creator of Stars Without Number.

After the sci-fi success of Stars Without Number and the fantastic response to Worlds Without Number, the new cyberpunk age of Cities Without Number is upon us. Within the pages of this tabletop role-playing game, you'll get a full-fledged system-neutral Sine Nomine toolkit for building a cyberpunk world of your own, plus an old-school game system for playing out the reckless adventures of the desperate men and women who live in it. Whether polished metal or flesh and blood, your operators will risk their lives and more to seize those precious things a merciless world would keep from them. In particular, this book contains...

And that's just in the free version that will be released on DTRPG for anyone to download. As with SWN and WWN, Cities Without Number will be provided in both a free and a deluxe version, the better to let an interested group jump in and play without having to spend anything. As a backer, you'll be getting the deluxe version, of course, which will also include...

My introduction to the Hero System was the Champions Boxed set in the mid-80s. I'm not sure we ever got beyond character generation at my friend Lenny's kitchen table and rolling mock battles with buckets of d6s. The Hero System has come far over the last 40 some odd years.

Hero! We've resurrected our February 2021 HERO System 6E Bundle featuring the 2009 Sixth Edition of the HERO System tabletop roleplaying game rules from Hero Games. The matchless flexibility of the HERO System lets you create any character, super power, spell, equipment, vehicle, or headquarters you can imagine, and the 6E version is the most detailed and comprehensive ever. See why, among high-crunch universal systems, HERO still holds pride of place after four decades.

In both page count and discount off retail price, this February 2021 offer once again brings you one of the best values we've ever presented. For just US$9.95 you get all three titles in this revived offer's Core Collection (retail value $55) as DRM-free ebooks, including the complete two-volume 6E rulebook (V1 Character Creation and V2 Combat and Adventuring), as well as the HERO System Basic Rulebook that, at 138 pages, provides a concise introduction.

And if you pay more than this revived offer's threshold price of $40.15, you'll level up and also get this revival's entire Bonus Collection with ten more expansions and campaign supplements worth an additional $203, including both the Advanced Player's Guide and Player's Guide II rules expansions; the 6E Equipment Guide and Skills; the Grimoire, Martial Arts, and the 6E Bestiary; the Sixth Edition versions of Star Hero and Fantasy Hero; and your guide to building any headquarters from a walk-in closet to a kingdom, The Ultimate Base.

Email ThisBlogThis!Share to TwitterShare to FacebookShare to Pinterest
Labels: bundle of holding, champions, fantasy hero, hero
Older Posts Home
Subscribe to: Posts (Atom)
Tenkar's Tavern is supported by various affiliate programs, including Amazon, RPGNow,
and Humble Bundle as well as Patreon. Your patronage is appreciated and helps keep the
lights on and the taps flowing. Your Humble Bartender, Tenkar