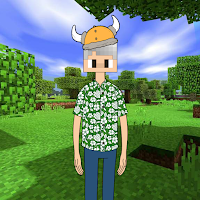 I don't know about you, but I'm so done hearing about the Ha$bro D&D OGL fuckery. Don't get me wrong, I feel it is an important issue and I've read some real good points about a bunch of stuff I hadn't realized/considered/etc. I could do a consolidation of some of the best stuff I've read this last week, but it is Sunday and Erik has spent enough Tavern time on the subject (and will probably do some more).

Instead I'll bore you with some PC stories!

Gaming hasn't picked up from the holiday lull yet, well......table-top RPG gaming, so lately I've been doing the Xbox thing (I find Minecraft to be a good time-waster and far more relaxing than anticipated) and I'm slowly working on a new small form factor PC. I found an Intel i9 12th Gen processor that had two SATA slots....normally this tiny size only has one. Also this....

.....and I think I lost a few readers there. Damn, I guess those kind of PC stories aren't going to fly either!

Well I am looking forward to the next few months, because I have a few things going on, but they're more time-fillers until NTRPG in June. We should have game registration soon and I was hoping to run something this year, but I have to travel a bit lighter this year for a convention I drive to....just one of those "goings on" overlaps NTRPG  a teensy bit (Sunday).

I mentioned NTRPG Facebook Auctions a couple of weeks ago, and as we get closer (up to a point) the auction activity will likely pick up. I would imagine some of the primo stuff will be be held for the actual NTRPG Auction and/or Squeeky Wheel (raffle), but there is clearly a lot of good stuff going up on Facebook....oh, and it looks like there are still convention tickets available!

....as much as I don't want competition on this good stuff, it does benefit the con, so maybe you should check it out. Just do it tomorrow though 'cause I think I'm still winning the auction for some zines I had my eye on.

In the meantime I have some Minecraft on standby.....

In case you really needed an "actual" PC story:

This one time, in HackMaster, my brand-new 1/2 Ogre Fighter (Dual Wielding 2H Longswords!) was fighting in this arena and he climbed up real high (like 120') onto a platform where he was promptly pushed over the edge by a wall of force. Facing his imminent demise (12d6 penetrating, average of 48 hp of damage!) I asked the GM if he could draw both swords as he fell to face death like a bad-ass....which was allowed. The GM gave an evil laugh as he rolled the 12d6p damage....until he realized there were a lot of 1's and 2's and no 6's (penetration)! Oh, and falling damage is crushing damage, which 1/2 Ogres only take half damage! My lucky SOB was able to get up and dust himself off to fight another day!

Posted by Christopher Stogdill at 9:16 PM

Email ThisBlogThis!Share to TwitterShare to FacebookShare to Pinterest
Labels: not Erik, ntrpg con