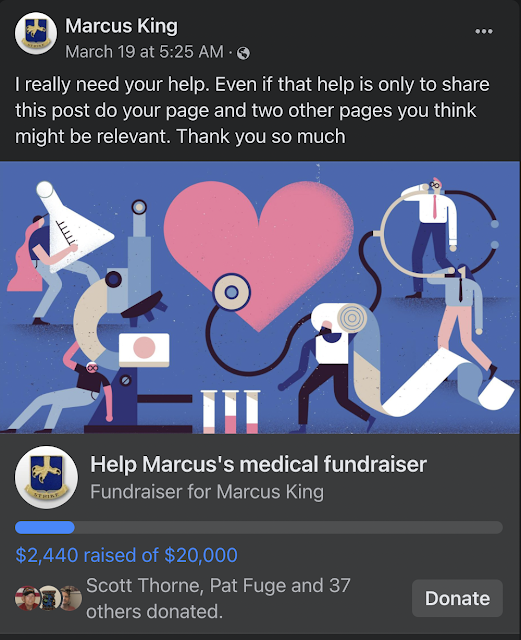 Marcus was a fairly well-known - and often vocal - retailer of comic books and RPGs as well as often a larger-than-life presence on Facebook. My few interactions with Marcus were in relation to Ken Whitman, and the less said about that topic, the better. Still, Marcus saw something in Ken that few others did, and would often mention that Ken saved his life.

According to Marcus's Facebook feed, he had a heart attack on the night of March 16th and was posting from the hospital on March 17th. He was diagnosed with pneumonia and Covid at the hospital. On March 18th, he shared that he was going to undergo triple or quadruple bypass surgery in the coming days.

Earlier today I received multiple PMs informing me that Marcus had died during surgery.

My sympathies to Marcus's family and friends. There is a fundraiser on Marcus's FB feed for medical expenses that he shared before his passing.