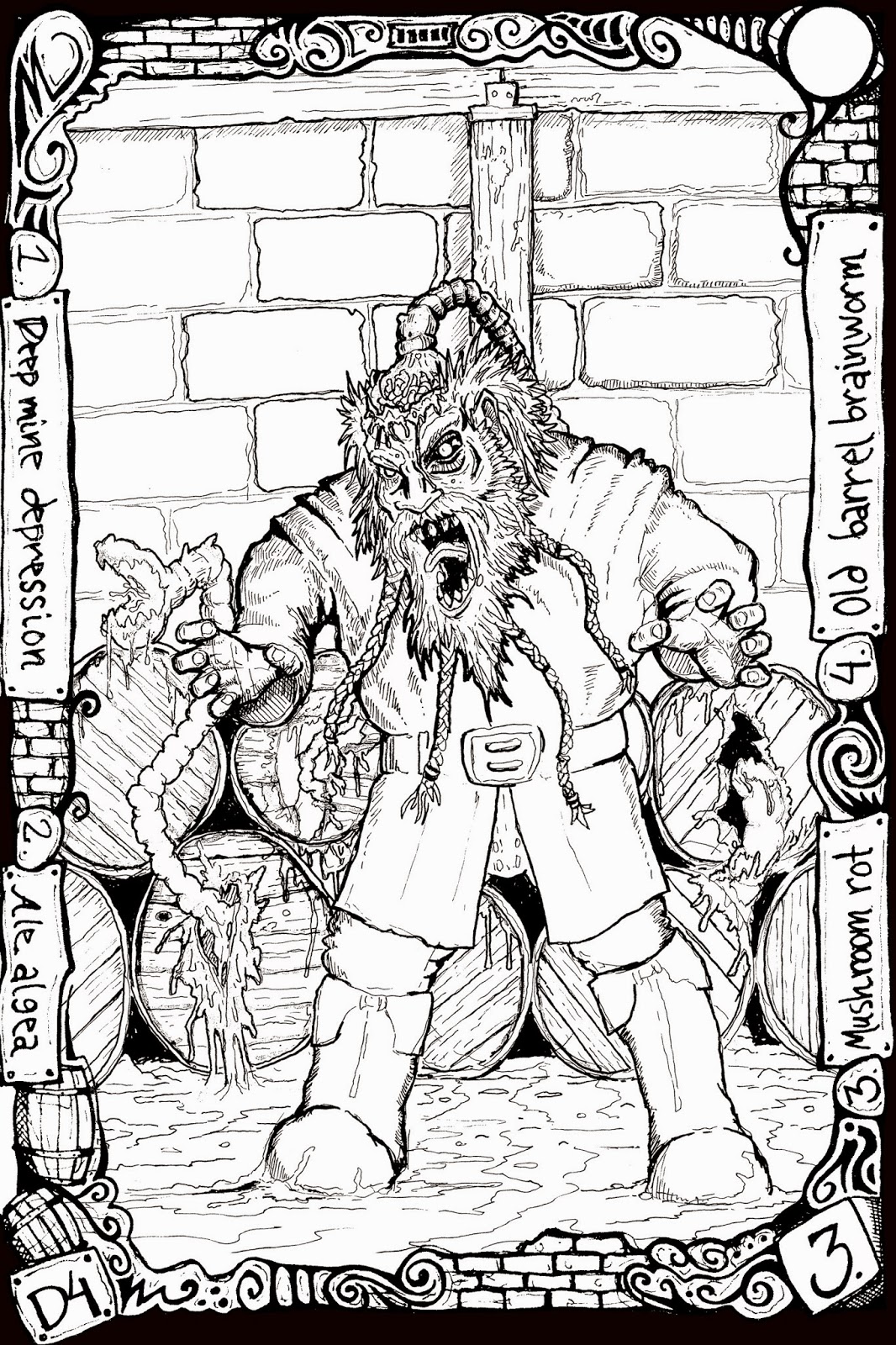 +Jim Magnusson is THE man! I really love this piece.

I've spent a good part of the weekend rewriting a piece I owe +Michael Desing for his megadungeon Kickstarter.

Things changed for me when this damn image kept coming to me when I was stuck on where I wanted to take everything. So, of course it is all being rewritten. The undead dwarves were inspired by the above Undead Dwarven Barkeep. (sure, Jim called him something else, but I see him as a barkeep)

The Undead Dwarven Barkeep, otherwise known as Barkeep, Undead Dwarven or BUD, is the result of a wizardly curse. The geas obliges the dwarven barkeep to continue serving stouts, ales, bitters and port until the caster dies a natural death. Sadly, in this case, the caster died prematurely from an unnatural death due to insufficient breathable air (poison gas.) Thus BUD is cursed to search for patrons to serve his ware to, whether they desire it or not.

BUD will attempt to ply his potential patrons with sour, stale and potential poisonous libations (any that drink his offerings must save vs. poison or suffer 3d6 damage as well as vomiting for a like number of rounds.)

In combat, BUD fights with a tankard and serving tray.

If slain, BUD will rise at the following dawn, cursed to wonder the world, serving libations to whomever he comes across.

AC: 3[16]
HD:5
Attacks: Tankard 1(2d6)
Saving Throw: 13
Special: Will offer poisonous libations to PCs before engaging them in combat. Two consecutive successful attacks on the same target means BUD forces someone to drink from the tankard. Save vs Poison or suffer as detailed above)
Move: 12
Challenge Level: 9 / 1,100 xp

Email ThisBlogThis!Share to TwitterShare to FacebookShare to Pinterest
Labels: far away land, Swords and Wizardry, Tunnels and Trolls