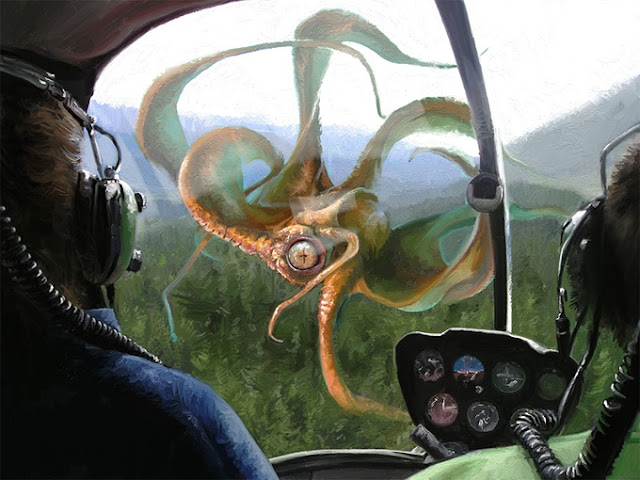 I'm sure most of The Tavern's readers have at least heard of Delta Green. It is / was a supplement / setting for the Call of Cthulhu RPG. Modern day secret society fighting the forces that man is not meant to know about. Or something like that.

Now Delta Green is all grown up. Not content to be an add on to CoC, it is now a stand alone RPG "based on the Basic Role-Playing rules engine, which is available under the Open Gaming License."I thought it was Legend / MRQ I+II that were OGL, not the Basic Role Playing rules engine itself. OpenQuest builds off of Legend if I recall correctly. Ah well, not that it really matters.
(edit - just checked my copy of the BRP Rules Quickstart - there is no OGL attached to it)

Delta Green has always been of the highest quality in the past. I never ran the material, but it was so rich in story hooks and plots and subplots I probably could have run a campaign for years. Not that the characters would have survived that long - heh.

If only I could make heads or tales of the Kickstarter backer levels. Why is there a maximum amount of backers at the $100 "All new in PDF" level? It's in PDF - it's not like they have to worry about a print run. If I was an international backer, this is just what I would want. Sorry, all gone with 23 days of funding left to go.

Talking about funding, they had a goal of $40k, which is fairly rich for a Kickstarter (especially one where most the the rewards are in PDF - only the core book is in print.) Where are they sitting now? $137k and growing.

I told you Delta Green was good. I'm just afraid it's too rich for my blood in it's current incarnation. If I wanted to go in at Hardcover and all of the new PDF releases, it would set me back 150 bucks. Not that it's causing all that many to blink, as they already have over 270 backers at that level. I need to work more overtime...