Tell us About Your Favorite BBEG

Big Bad Evil Guys... or Gals.  We all have our favorites, whether it is Darth Vader, Sauron or Lex Luthor.  The media may change, but we all have our favorite baddies.  Here's your chance to share your favorite with others.  It could be from movies, fiction, comics, a game module or a campaign you played in.  I wanna know.  Tell us why he rocks.

Besides, everyone that posts gets a chance to  a single copy of Dragon Warriors RPG from RPGNow. 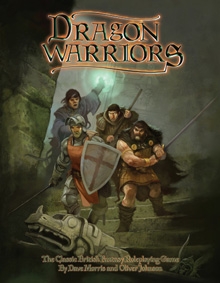 Yep, I have a copy to give away, and one lucky random poster will get it.

The ongoing contest is still in effect.  When we hit 40 Google Connect Friends, one lucky random friend gets a PDF copy of Fantasy Craft.  Prizes at 50 and 60 friends also.

So, who is your favorite baddie anyhow?
Posted by Tenkar at 7:43 PM

Email ThisBlogThis!Share to TwitterShare to FacebookShare to Pinterest
Labels: contest