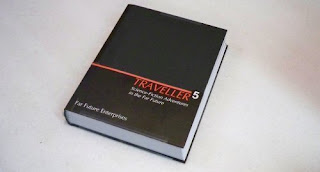 As I mentioned earlier, RuneQuest 6 is being released as a $62 softcover book (400+ pages) and for $25 in PDF.  I'm a pretty big RQ fan.  I cut my teeth on the Avalon Hill RQ3 Deluxe Ruleset, then found the RQ2 hardcover and Pavis & Big Rubble Boxed sets for a song and a dance at a convention.  RQ2 became my non-D&D fantasy game of choice for a long time, and I have a huge fondness for it and RuneQuest in general.

The thing is, as I mentioned before, you can get the OGL version of the Mongoose Runequest 2 rules (MRQ2) for a buck at RPGNow.  It's kind of hard to justify $62 for the RQ6 rules, when I can get a highly compatible set of rules for $1.

Then we have Traveller.  Mongoose released the Mongoose Traveller rules in an OGL version, or they made their version OGL, or whatever.  It's described pretty well here, and Far Future Enterprises even allows some "fair use" of earlier releases (GDW era).  There is even a Traveller SRD here.  So even though I can't find a PDF of then core M-Traveller rules, I do have the hardcover sitting on my desk.

Do I need a Traveler5 from FFE as a Kickstarter?  I know it has handily surpassed it's goal, but do we need two versions out there?  Besides, is this the same 5e that was available on CD-ROM, because it it is I have the disk floating around somewhere.  Besides all that, to get it in hardcover (600+ pages) with some extra swag costs $100 on Kickstarter.

Is it just me that sees these price points as a bit out of sync with the already available products that use the same rules (or in the case of Traveller, even the same name)?

I'd like to support both of these games, as I have lots of gaming history with both of them, but they seem cost prohibitive for what they offer, at least to my eyes.