Tonight's ACKS Game Will Be Live On G+ Hangouts - On Air 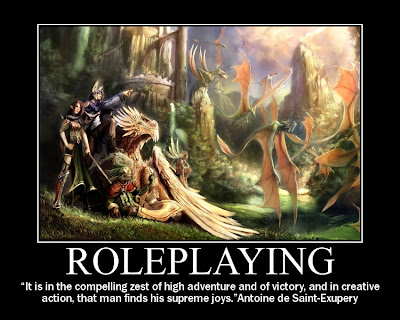 In case you missed the announcement on G+, tonight's Adventurer Conqueror King System gaming session will be watchable via Google+ Hangout using the On Air feature.  So, as if I didn't have enough on my plate keeping 5 very skilled role-players engaged I now have an unknown audience added to the mix.

Normally, I'd have a few beers with my gaming session, but tonight is going to be pure caffeine.  Lots of it.

So yeah, 930 Eastern Time on the ACKS Channel.  Or just look for the announcement on G+ from Tabletop Forge.

Tonight's program is rated "R", for language, possible simulated torture, random acts of violence, liberal use of fire, portrayals of the undead, verbal descriptions of gore and other assorted silliness that accompanies "R"oleplaying.  You have been warned.
Posted by Tenkar at 7:49 PM