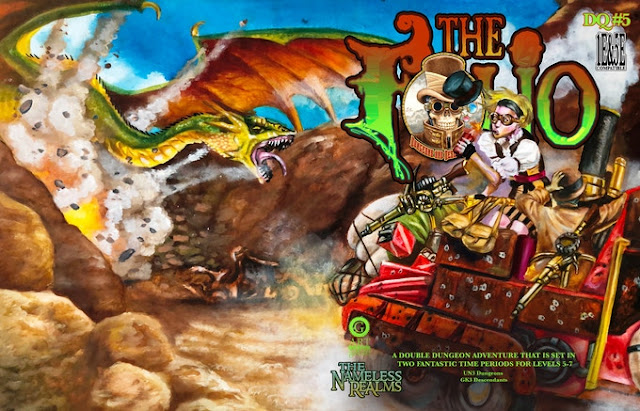 If you want to check out the quality of the various Folio offerings, the Digital Quarterlies are a good option.

For 10 bucks you can get the latest offering - The Folio: Digital Quarterly #5, or for 35 bucks you can get the full set of 5 (that's 7 bucks each). After the clean up / condensing / throwing out of various sundries to prep for renovations at Casa de Tenkar, I need to really consider going digital for the majority of my future gaming purchases. I am simply running out of room.


My first two Digital Quarterlies revolved around this setting, and I've always been inspired by drawing in bits of old history to sprinkle through those adventures.  Since the next two Digital Quarterlies were both traditional fantasy, I had a choice to make about what kind of Digital Quarterly I wanted to produce for number 5, and then it hit me, why not do both!  So what you will find in this DQ will actually be TWO adventures, one that will revolve around traditional fantasy, and the other in my future 'mage-punk' setting of The Gun Kingdoms.  Each adventure can be stand alone, but they also can tie directly to each other, and you could have ancient documents, descendants, or old legends connect the past to the present as this dungeon adventure takes on new features, monsters, and magic.  R Scott Taylor 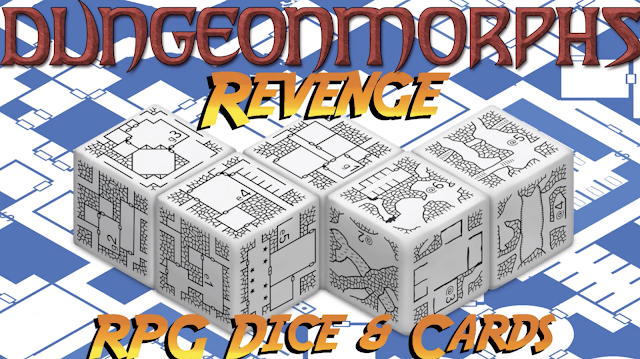 Strangely enough, I actually have two sets of the original Dungeonmorph Dice, as Rach won a set at NTRPG Con a few years back. She has no clue what to use the dice for, but she cherishes them greatly. Alright, technically I don't have two sets, as Rach has one set, but who's really counting ;)

Personally, I love them for inspiration. I'm very much a DM that likes to improve and the Dungeonmorph Dice and accompanying cards are very much a high water level in my DM's Toolbox.

So, what does the Dungeonmorphs Revenge RPG Dice & Cards Kickstarter offer for your DM's toolbox?


I'm not sure what level I'll be backing at yet, but back I will :)

Joe's Kickstarter record is matched by few. His are always safe picks. 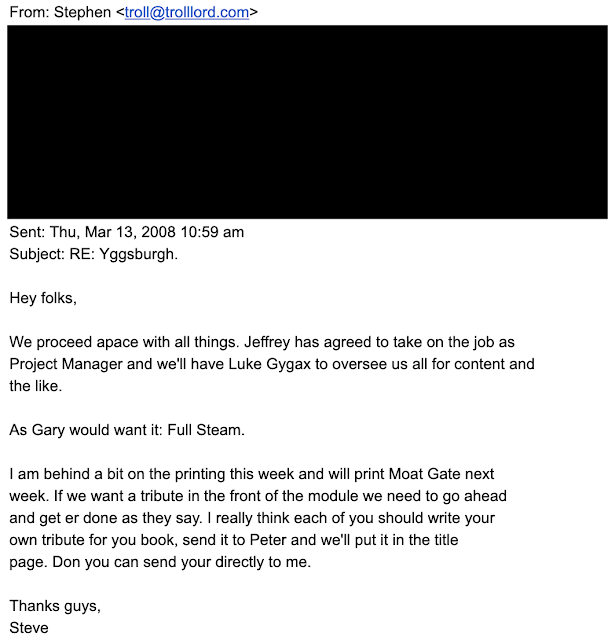 Yep, its Wednesday, and that means at 9pm Eastern we'll be hosting the weekly Tavern Chat hangout for The Tavern's Community over on our Discord Sever.

Join us and participate in what has been likened to a live podcast, unscripted, unrecorded and as always - without rails ;)

https://discord.gg/fReGmuD
Posted by Tenkar at 7:09 PM No comments: 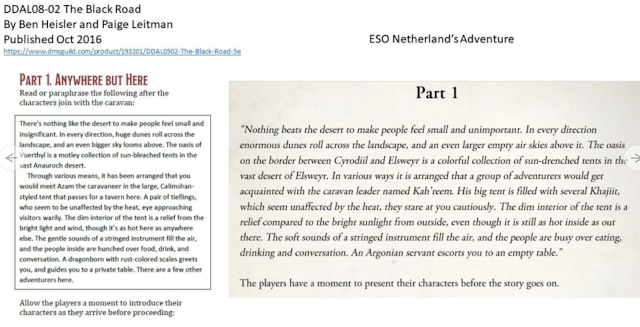 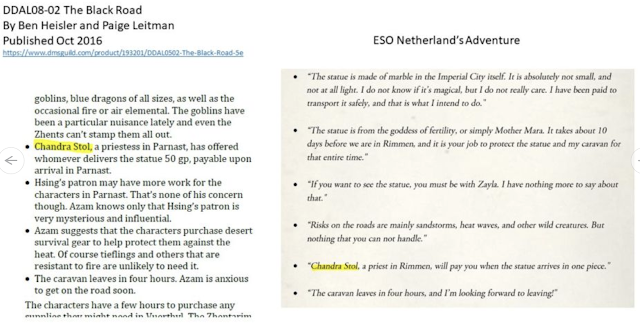 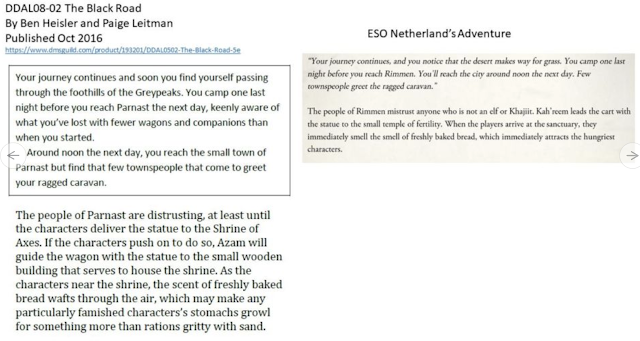 Passing the word along... 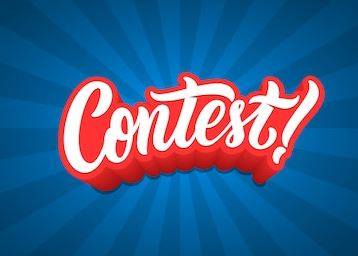 We want to hear from you our fans. Pick your favorite FGG product and tell us why you like it to so much in video, blog, or podcast format.

Once you have created your video, blog or podcast submit it to us as a Facebook comment to our main feed:   https://bit.ly/2Ws2au9 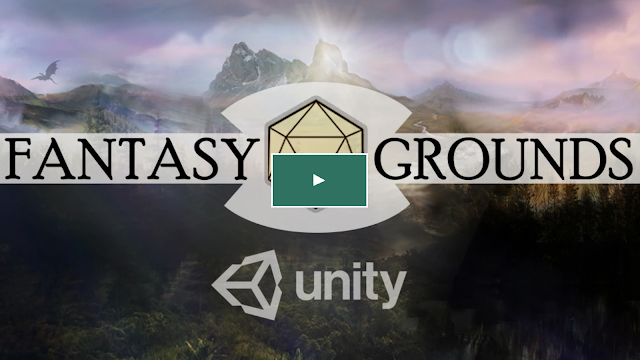 I've been "invested" in Fantasy Grounds since 2006, when I picked up a bundle of GM and Player's licenses. When I met Rach I was a player in my second FG campaign. The first was a Dark Heresy campaign. The second was Castles & Crusades.

I wanted to use it as a GM but could never wrap my head around how to set it up with a homebrewed adventure. It seemed to need coding language, and that has never been my strong point. Then I went to using a Mac and Fantasy Grounds did not play well with it, and I found Roll20 and I stepped away from Fantasy Grounds.

Fantasy Grounds Unity may just bring me back.


Fantasy Grounds is a popular system for playing a host of different roleplaying games online.  It is used by more than 130,000 gamers worldwide to connect and play popular games such as Dungeons and Dragons, Pathfinder, Savage Worlds, Call of Cthulhu, and more.  This type of program is commonly referred to as a virtual tabletop, or VTT, due to their ability to emulate various part of an RPG session in a digital form.

What makes Fantasy Grounds different than competitors is how we expose character sheets and automate large portions of gameplay specifically for each system we support.  This is done through rulesets.  Your experience playing Deadlands Reloaded will differ from D&D and will be unique to that environment, contain custom graphics, character sheets, and automation specific to that game system.

One feature shared across most game systems is maps.  Some may use hexes while others use square grids and some may not use grids at all.  Facing is important in some and less so in others.  While FG has featured maps for many years, they have been primarily focused as reproductions of maps in existing adventure modules from our many licensed publishers. We believe that we can enhance these to provide dynamic line of sight, fog of war, and even map building support with painting and tiles.

What you get for backing this project will be a license for Fantasy Grounds Unity (or FGU). This new game engine has all the great features of current version of Fantasy Grounds (soon to be called Fantasy Grounds Classic) along with new enhanced features.

Backward compatibility with all existing campaigns and DLC from FGC
In addition to these features, we are now poised to add even greater functionality going forward. We have lots of ideas for new features and this rebuilt engine will make it easier for us reach those goals and deliver consistent updates for free.

There are a ton of backer levels. Read them carefully. If you have a current license, you need to know when you purchased it to ensure you back at the proper upgrade level.

This is what I'll be backing at: 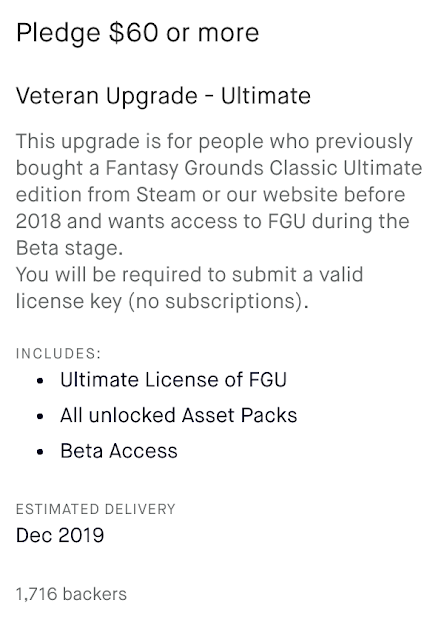 As far as the funding is going, the Fantasy Grounds Unity Kickstarter is on fire! 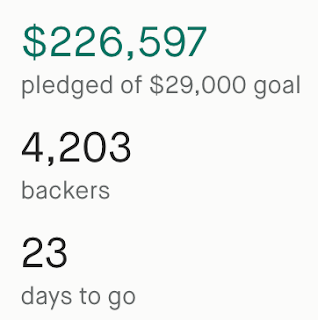 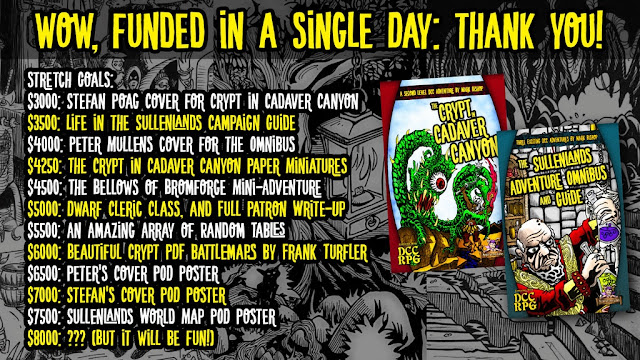 I must confess, I really enjoy releases from Purple Sorcerer. I've run prior releases back when I was doing some fairly regular one-shot gaming sessions (soon to return pending renovations completion I promise!)

So, what are we being offered this time?


We’re excited to announce The Crypt in Cadaver Canyon, another thrilling Dungeon Crawl Classics RPG adventure from the mind of author Mark Bishop. This campaign will also help us combine the new module with Mark’s previous adventures to create a massive new omnibus version: The Sullenlands Adventure Omnibus and Guide!

We’ve chosen to kickstart this effort for a few important reasons, including:

We think your players will love this new adventure, and any Judge will benefit from the new content found in the campaign guide. We hope you’ll join us on this exciting new adventure!

The Crypt in Cadaver Canyon challenges 4-6 2nd level adventurers to save a hidden desert city (along with its cursed inhabitants) from the wrath of a devious and chaotic god. Its 48 digest-sized pages are packed with dangerous environments, exotic threats, and a world-shaking finale with thousands of lives on the line!

Dungeon Crawl Classics RPG adventures are easily adaptable to work in any ‘old school’ system, so the adventure and additional materials will benefit any GM looking to deliver some classic adventuring to their players, even if DCC isn’t your system of choice!

Jon, the Purple Sorcerer himself, has sent me a "no-frills" version of the adventure in PDF for me to read and review. Expect that to happen over the next few days.

PDF of the adventure is 7 bucks. PDF of adventure plus omnibus plus stretch goals is 20. Add in POD at cost coupon and you're at 27.

Time to read - after tonight's Game of Thrones!

Posted by Tenkar at 8:15 PM No comments: