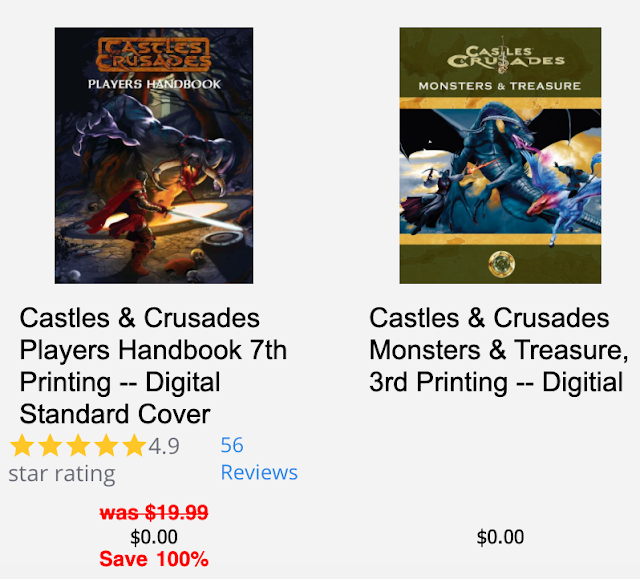 
While the world is making progress on Covid-19, a lot of us are still sheltering in place and find more time on our hands than we know what to do with. You can only rearrange the furniture so many times...

Why not do some gaming? We've been offering the two books below for free for over a month and continue to do so, but wouldn't you like some free monsters too?

We have resurrected the 3rd printing of the Monsters & Treasure! We offer this digital copy for free. We hope this helps alleviate the tedious side of the Pandemic and Quarantine. Enjoy! Stay safe and keep those hands clean!

Here's your link to C&C goodness :) 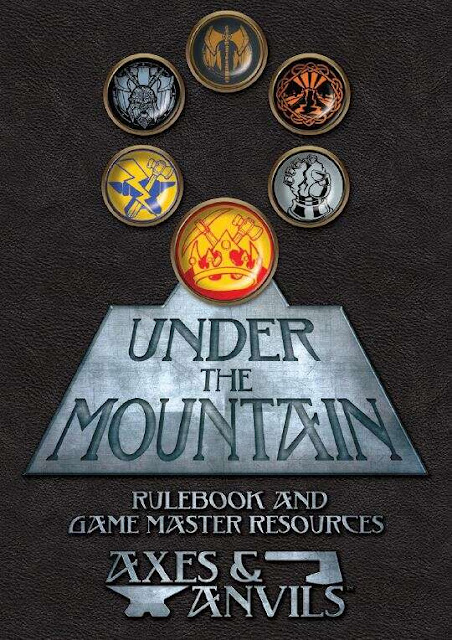 Posted by Tenkar at 6:13 PM No comments:

Deal of the Day - Black Pudding Heavy Helping Vol. One 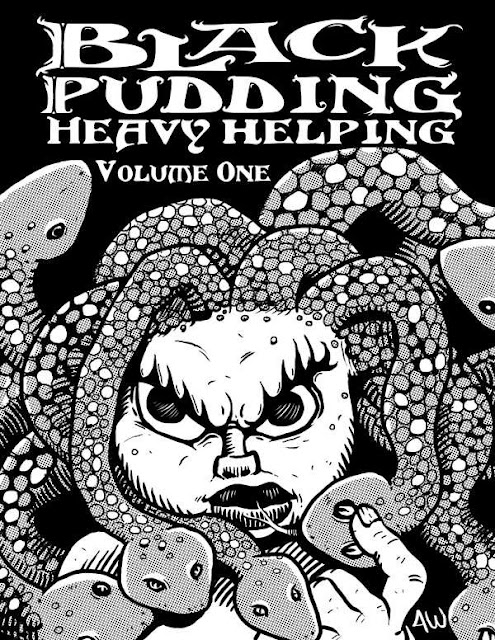 Today's Deal of the Day is Black Pudding Heavy Helping Vol. One. Normally 6 bucks in PDF, it is on sale for a day for 2.40

It glorps! It shlorps! It absolutely bevoorps! It is the first official Black Pudding zine collection, available in glorious print!

The materials from each issue are presented here in categories. Flip to the classes section and roll up a Black Knight or a Summoner. Scoot over to the monsters and stock your dungeon with a horde horror or a gravity guard. Drop the Glittering Tome of the Silver Sage into your adventure and make the wizard drool with anticipation. Send the PCs to the Bleeding Ox to hire Jilliantha Stormshot or Father Mug to join them on the quest.

You can use this tome to enhance your old school dice rolling adventure sessions but remember... do not EVER strike the tome! If you must kill the pudding, kill it with fire.

Yes,, that is an affiliate link above. Keep the beer fresh and the taps cold by using The Tavern's affiliate links.
Posted by Tenkar at 5:09 PM 2 comments: 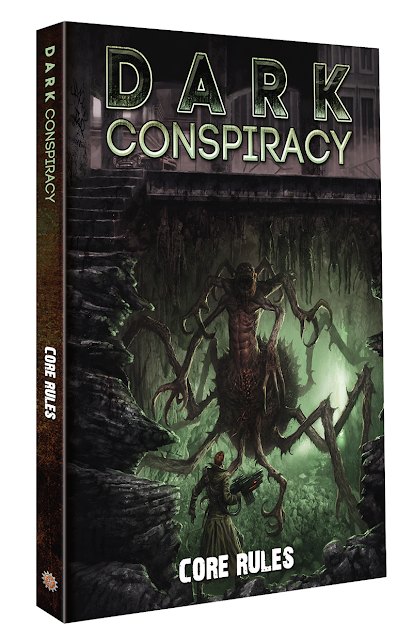 Posted by Tenkar at 3:10 PM No comments: 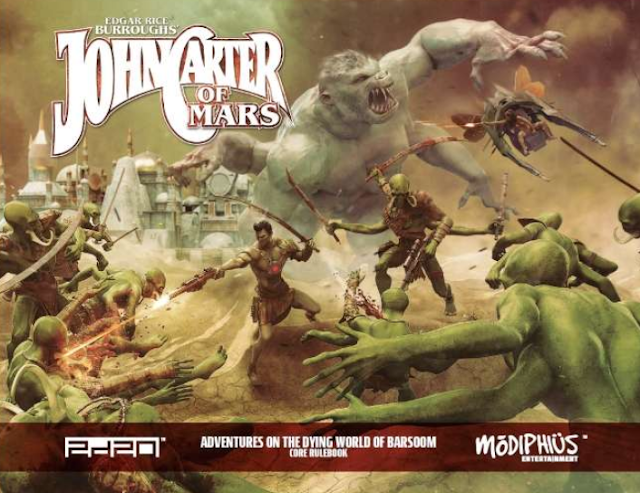 Greetings!
﻿
I wanted to send you all an update on Modiphius during the lockdown and have something special for our community to say thanks for all your support. I've long been passionate about John Carter of Mars since I was a kid so if you head over to our webstore and use the code BARSOOM at checkout you can score yourself a free copy of the John Carter of Mars RPG core book in PDF before the end of April. It's a really streamlined version of our 2d20 system so if you like what you see the code VIRGINIA will get you 20% off anything in the John Carter RPG & miniatures collection. 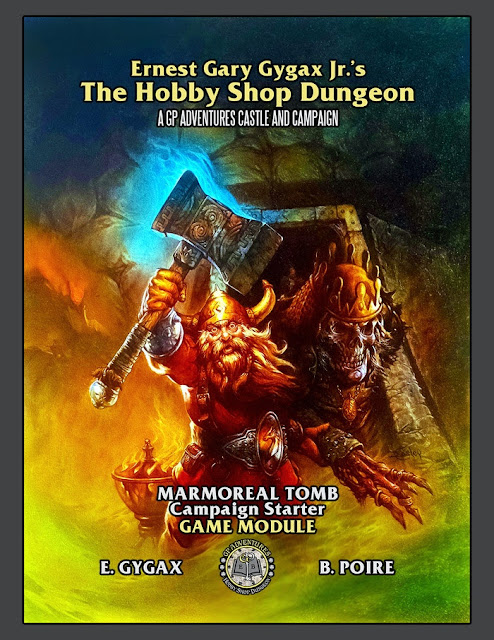 The rumors of its death were greatly exaggerated ;) - Tenkar

Greetings from the Dens,

Today we release the DIGITAL version of the main adventure The Marmoreal Tomb. We have it laid out and it looks really good. It has all the handouts in it BUT it still needs some fine-tuning and it still needs the appendices added. We are unleashing this DIGITAL version so you can dive in and see the mountains of progress made.

PLEASE READ: This BETA version does NOT include the Maps nor the Appendices. The Appendices are largely done (there are 5 of them) but need some cleaning up and fine-tuning. The maps are done; they will be released very soon.

NOTE: I think I told Peter the wrong or incomplete title. I did not want him to go back in and fix it as he is wrapping up Codex Eygptium today and I don't want to interrupt that. But rest assured we will get all this fixed.

Look for the coupon code to download your copy, coming your way via messages in Kickstarter!

I don't read much fiction these days. Prior to chemo, I would read a book a week. These days, its a book a year more or less. That being said, the fiction I do read is usually either Warhammer or Warhammer 40k. For me, the Warhammer 40,000 Series Starters is an awesome value. 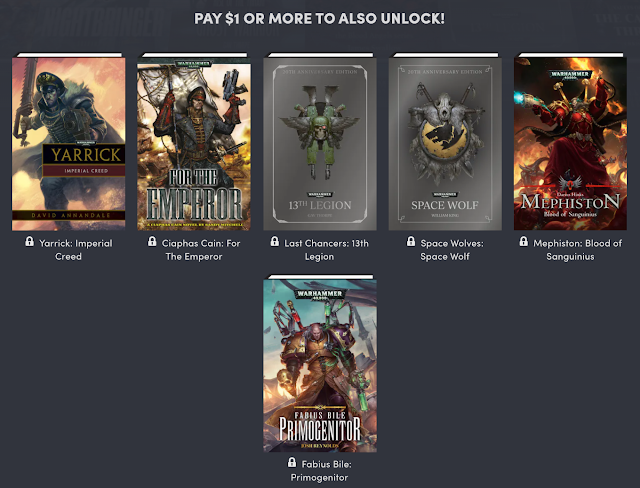 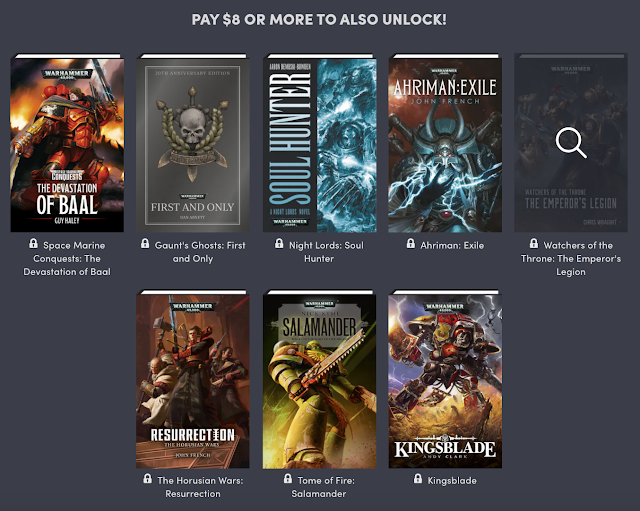 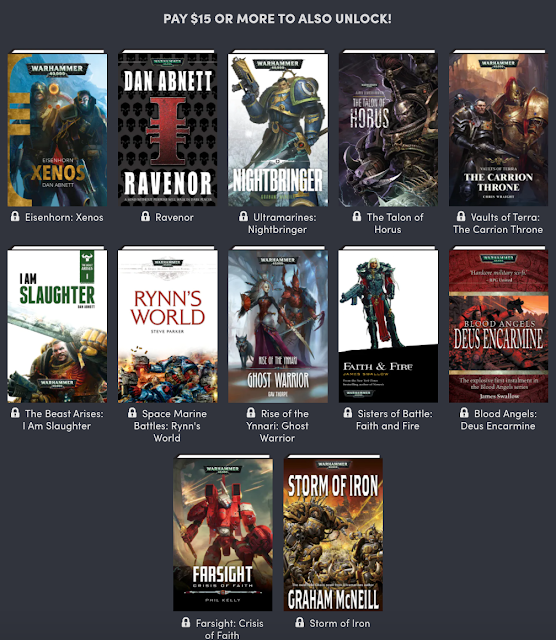 Yep, that's an affiliate link above. Affiliate links fund all things Tavern. I thnk you in advance.
Posted by Tenkar at 7:22 PM No comments: