Noble Knight Does Something Amazingly Classy - And Gives Ken Whitman a Big "Fuck You!" at the Same Time 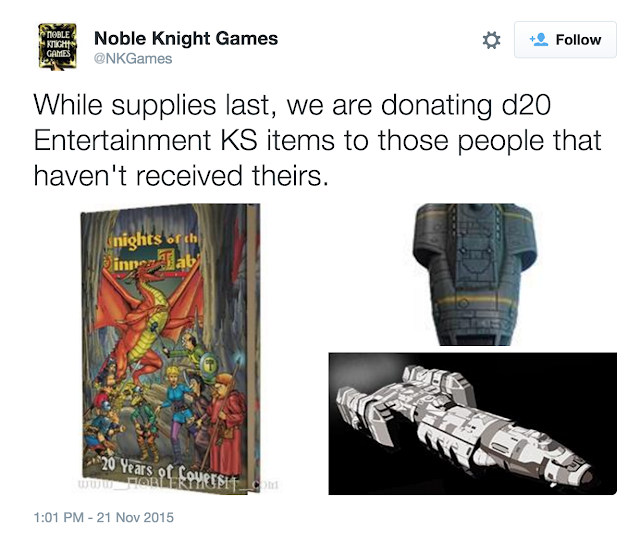 There is class and then there is Noble Knight. I need to make some more purchases at their website this week to thank them.

Also a huge "thank you" to all those that have raised their voices to point out the low life piece of scum Ken Whitman is (allegedly ;)

AltspaceVR - A Virtual Reality Virtual Table Top Licensed for D&D 5e - You Can WTF AFTER Watching the Videos ;)


Alright, I saw a short article on this over at ENWorld. My reaction to the promo video linked there was literally "WTF?"

So I moved on to the company's actual website at AltVR.com It appears that this is an actually licensed "something" for Dungeon & Dragons 5e.


I'm head scratching at the moment. How this is more like playing at a "real" table instead of using Roll20 or the like is beyond me. I guess we need virtual avatars to more virtual pieces.

Layers upon layers of virtual reality... 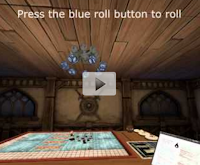 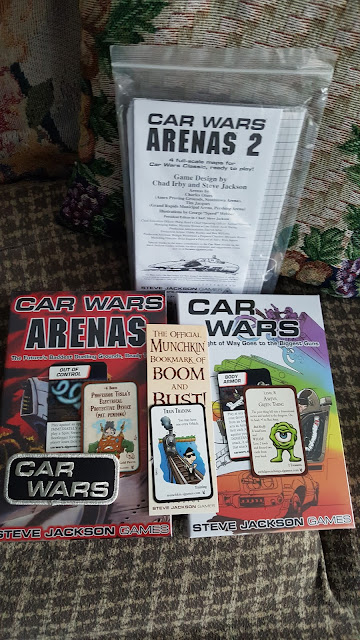 The Car Wars Arenas Kickstarter arrived earlier this week. I would have posted it earlier, but more pressing current news and events took precedence. I am to play so catch up today ;)

The Wandering Wizard Lives! (Mike Nystul has a Good Sense of Humor) 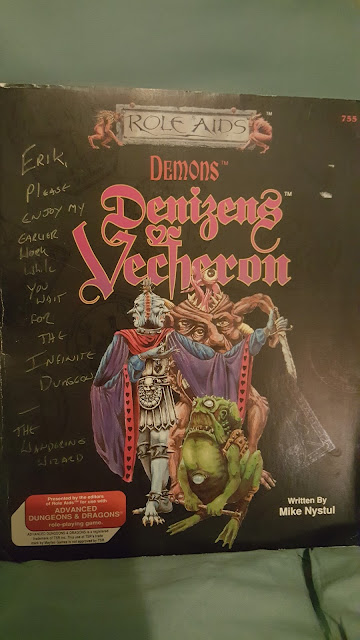 Tonight I received my immensely huge and over stuff Death & Taxes Boxed Set (more on that later.) Inside the shipping box was the above.

Now, the wait for the Infinite Dungeon Kickstarter to complete might be infinite itself, but this is just damn cool. I tip my hat to Mike Nystul or to whoever forged this for him :)

Thank you +Zach Glazar . A better gnome would be hard to find. Even a lesser one ;)
Posted by Tenkar at 6:56 PM 3 comments: 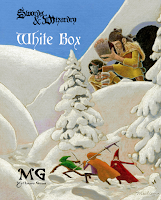 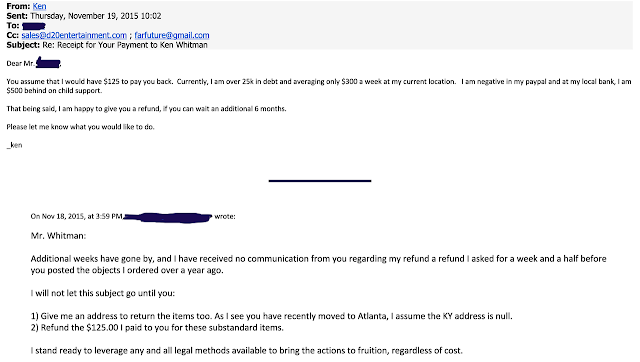 Thanks to my anonymous source who who forwarded me this email chain. There were four previous email requests for a refund dating back to April 3 that went unanswered.

Yep. Another week, another Tavern Chat.

We've had a few sizable releases in the OSR in the last week so there should be plenty to discuss.

Now to work on yet ANOTHER Ken Whitman post...
Posted by Tenkar at 4:48 PM No comments: 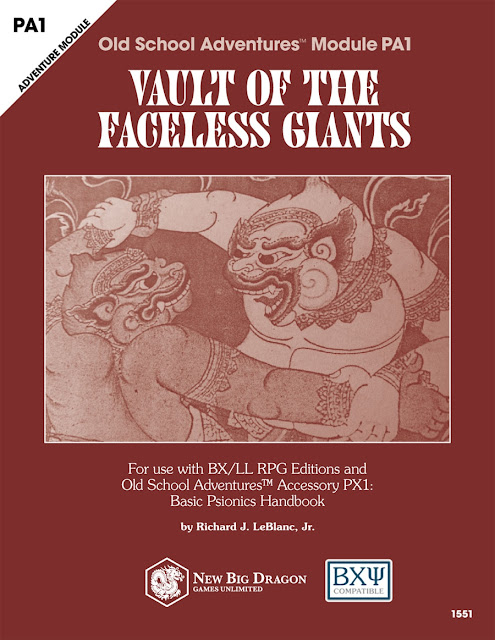 Vault of the Faceless Giants is +Richard LeBlanc 's (New Big Dragon Games) free release for use with their Basic Psionics Handbook, which is itself a supplement to Labyrinth Lord (but usable with just about any classic / OSR ruleset with minimal work.)

Vault of the Faceless Giants isn't in it's final state, therefore it's considered a "beta" and is currently free. If you grab it when it's free, you'll get all the updates to the file, even the final ones. So, the "free" part is time limited. Grab it while you can ;)

Although designed for use with the Basic Psionics Handbook, it can be used without with minor modifications. Vault of the Faceless Giants is a solid, low level adventure.

Posted by Tenkar at 1:43 PM No comments:

The man who has put the "thief" back in the "rogue" class, Ken Whitman / Whitless / Whit Whitman (he has many names) has outdone himself again.

The books that the backers of the KotDT Live Action Series have been waiting for forever (it's in the mail - right, Ken?) have been found - at Noble Knight. Backers aren't getting theirs, but you can get your own copy at Noble Knight.

So, how that movie career going for ya?

edit: I have it on good authority that Noble Knight had no idea and they are sending the books back to Ken
Posted by Tenkar at 4:41 PM 26 comments:

Swords of the Petal Throne - Kevin Crawford Does Tekumel 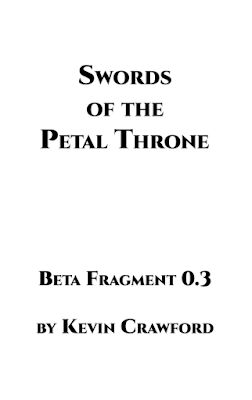 +Kevin Crawford , he of Stars Without Number fame and many other OSR releases, has thrown down the gauntlet and has produced an OSR ruleset for Tekumel, aka Empire of the Petal Throne.

While the current release is just a beta and not official, Kevin would like to see a free 128 page PDF release that includes his trademark adventure generator system. It might come to pass, too:

You can grab the Swords of the Petal Throne beta here. 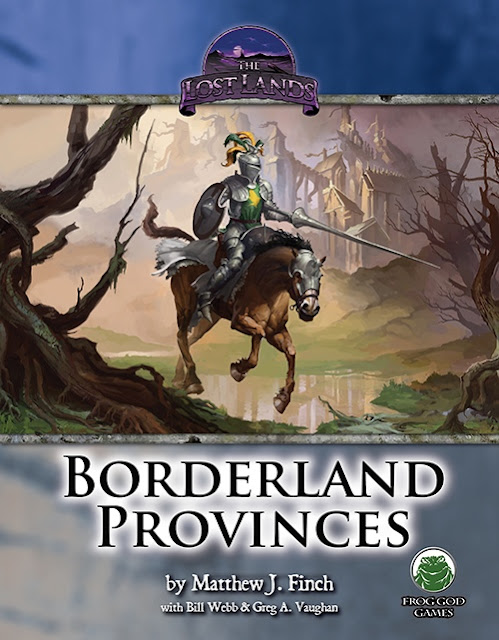 If you haven't checked out The Lost Lands: Borderland Provinces Kickstarter, your time is running out. Frog God does some extremely high quality releases and this looks to be up there with their previous ones.
Posted by Tenkar at 1:40 PM No comments: