State of The Tavern - Long Nights and a Full Plate 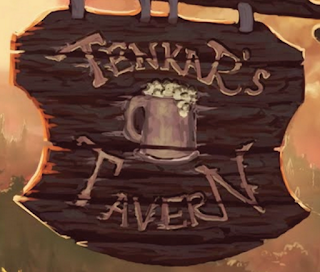 I've been burning the midnight oil the past few weeks, between projects in the hopper and the fact that my body seems to respond better to afternoon naps then normal nightly sleepy-time. Yep, those 6 months of working midnights seems to have screwed up my sleep cycle.

I learned some useful things this weekend, such as the importance of using various header settings in Word to facilitate your layout person's actually "layout." Now I want to play with InDesign.

For those waiting on your Tavern Cards, which is the vast majority of you that requested them, current projects have pushed their way to the forefront. Second draft of Swords & Wizardry: Light was forwarded to Zach last night. We also discussed some ideas for layout and art. Being up late at night helps when you are on the east coast and your partner in crime is in Arizona ;)

The next few weeks will be busy as we try and hit completion before a certain date as we aim to get things released in time for a certain event. I'm also trying to work on the first "official" adventure in the line, which will include advice for the "lapsed GM" or transitioning gamemaster.

I really need to thank everyone for your words of encouragement. Your support is the most valuable currency there is and it makes everything worth the investment of time and effort. I'm also extremely appreciative of the financial support that's been given to The Tavern as well as to your humble bartender. Something as simple as viewing the occasional ad goes much further than you might think.

Alright, nose to the grindstone. Well, after a breakfast of Bacon Jerky. Holy Shit! This is what rations in S&W should be...
Posted by Tenkar at 9:10 AM

Email ThisBlogThis!Share to TwitterShare to FacebookShare to Pinterest
Labels: state of the tavern, Swords and Wizardry Light