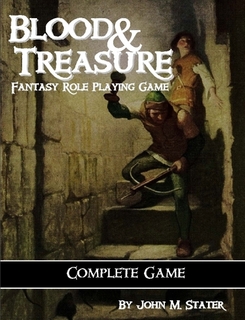 Two straight weeks of 12+ hours tours followed by a 17 hr tour on Monday has left me in ass draggin' mode, which was fairly obvious during Keith's session of Blood & Treasure.

I had missed the previous 2 sessions due to the long hours but now that most of my days have returned to a state of semi-normality, I made the attempt last night. I don't think it was pretty

At one point I was so disoriented I was mixing Joe the Lawyer's Blood Island session from last Saturday night with Keith's Blood & Treasure session from three weeks ago. Yes, I was sober ;)

I really felt bad that I wasn't able to contribute more last night, but I had moments where I would fade out and then fade back in. Yeah, starting work at 240 in the morning, waking at 140 am doesn't do your internal clock all that much good, even 2 days after the fact.

Here's the sad fact - I know there was a moment where I had an image that was so disturbing, I swore I'd never forget it - "cannot be unseen" as Jason Paul McCartan so aptly put it on G+ - guess it can be unseen, as I've forgotten it, and it's both driving me crazy and a relief ;)

I do, however, remember "tea bagging" one of the goblins. No, not like that ya perverts, like a real teabag. Alright, jiggling the bait may be a more accurate term.

All this tells me is I need more sleep.

The session was good and fun, with a great bunch of people - I just need to spend more time with them in a more wakeful state...
Posted by Tenkar at 7:27 PM