Invested in the Dice - Changing Perspective From DM to Player 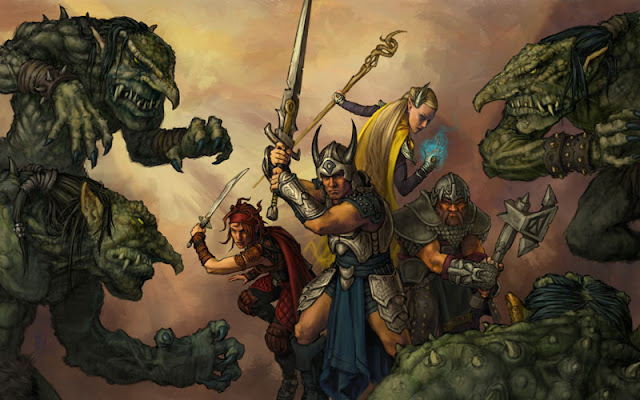 As I mentioned in my previous post, last night was an unexpected opportunity to sit in a game as a players instead of my normal slot as DM. I was also a bit sleep deprived and running on a caffeine high, so maybe my perception was a bit skewed, but I noticed something - dice roll results meant something to me.

When I DM, I let dice roll as they may. I'm not looking to kill PCs, but shit happens and dice are the impartial arbitrators of the rules of fate. I'm very happy with that, even if I do feel for the players when their characters get killed.

As a player, I see myself focused on every die roll. I'm not talking just my own rolls either, but the rolls of my fellow players and the GM. My PC's survival is dependent in a large part on how well my fellow PCs roll and how poorly the DM rolls.

I guess I need to switch the side of the DM screen I sit at a bit more often.

I can now understand the argument to put more die rolls into the hands of the PCs and away from the DM when possible and logical, as it makes players more involved in the whole process. I used to think turning monsters saves into static spell attack rolls based on the save number as blasphemy, but I can see how it might add to the play experience from the players' point of view.

Anything that makes players more involved in the gameplay without changing the balance of the game should art the very least be tried in my opinion.

I may have just have to house rule this into my games later...
Posted by Tenkar at 4:28 PM