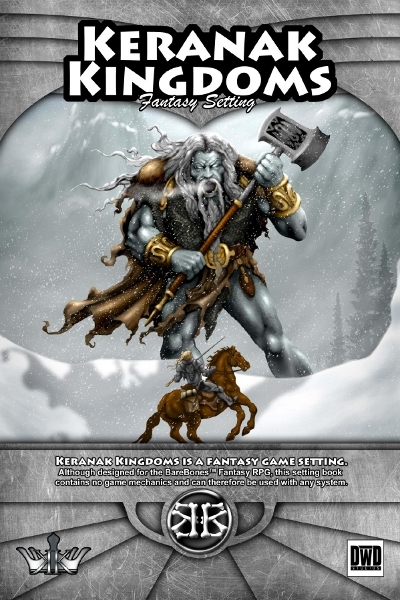 The Keranak Kingdoms Fantasy Setting was just released by DWD Studios. While intended to be used with DWD's Barebones Fantasy RPG it's generic enough to used easily with any Fantasy RPG System of your choice.

I'll be posting a review of this sometime over the next few days, but in the meantime I wanted to draw your attention to a location found within the pages of the Kernak Kingdoms Fantasy Setting:

The border town of Tenkar, named after the dwarf Reik Tenkar and the establishment located just outside the town limits known as Tenkar's Tavern. It gets 5 paragraphs in total.

How frickin' awesome is that?