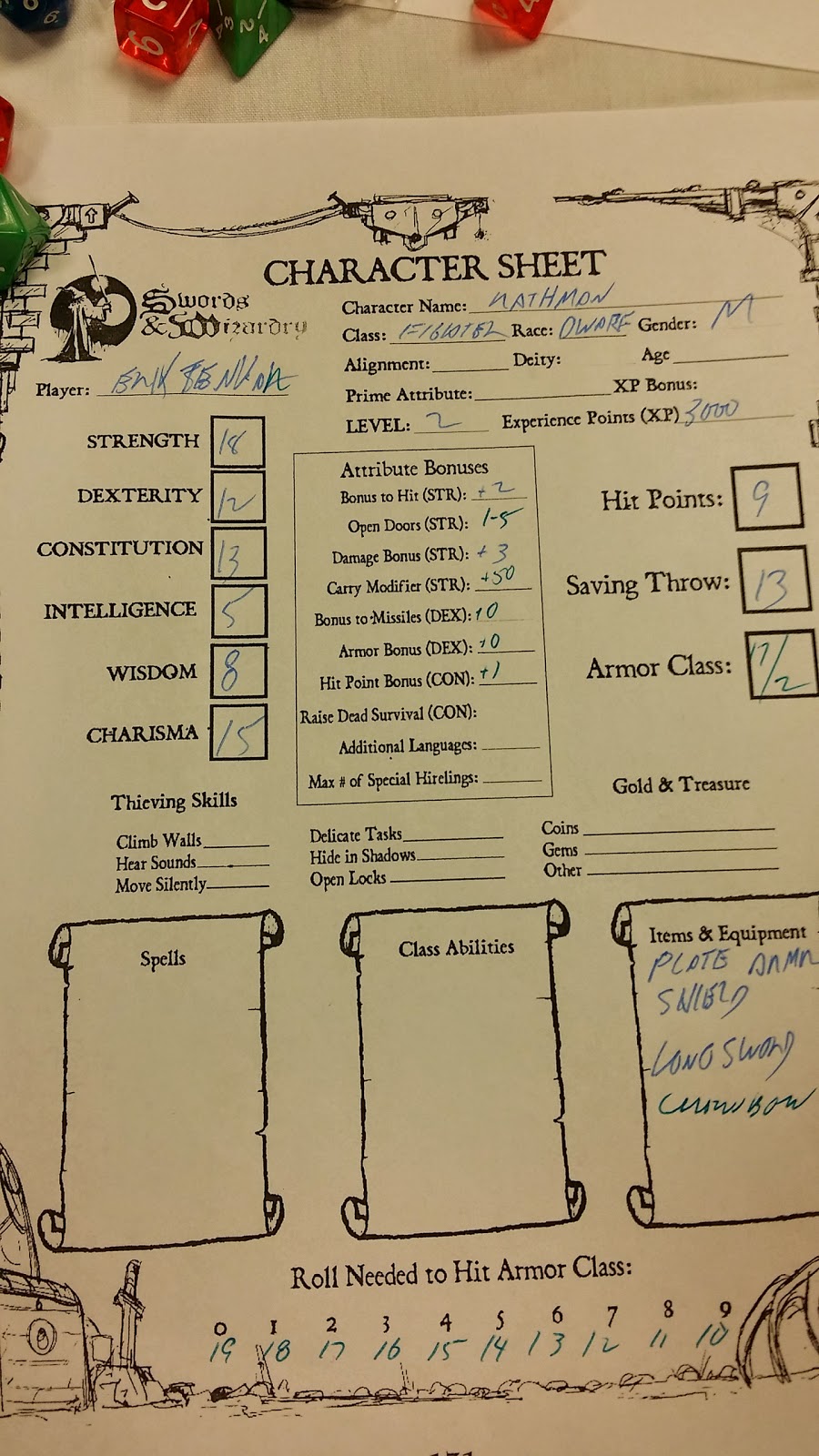 I rolled an 18 for my strength in +Matt Finch 's Mythus Tower (Swords & Wizardry) this morning using "3d6 in order"- and actually had witnesses. Now, I'm pretty sure I haven't done that in 20 years or more. It really was a "holy shit!" moment ;)

Matt runs a really fun game and manages an insanely large group of players with a skill I have never seen before. We actually hit 16 players at one point and Matt handled it as if it were six - or even less. Simply amazing to see in action. Strangely enough, the only things I killed in this morning's session was giant rats. Weird how that worked out ;)

Rach and I bowed out when we hit town for xp and a long break - we closed the bar out the night before and I really was feeling it. Food and caffeine helped the cause. 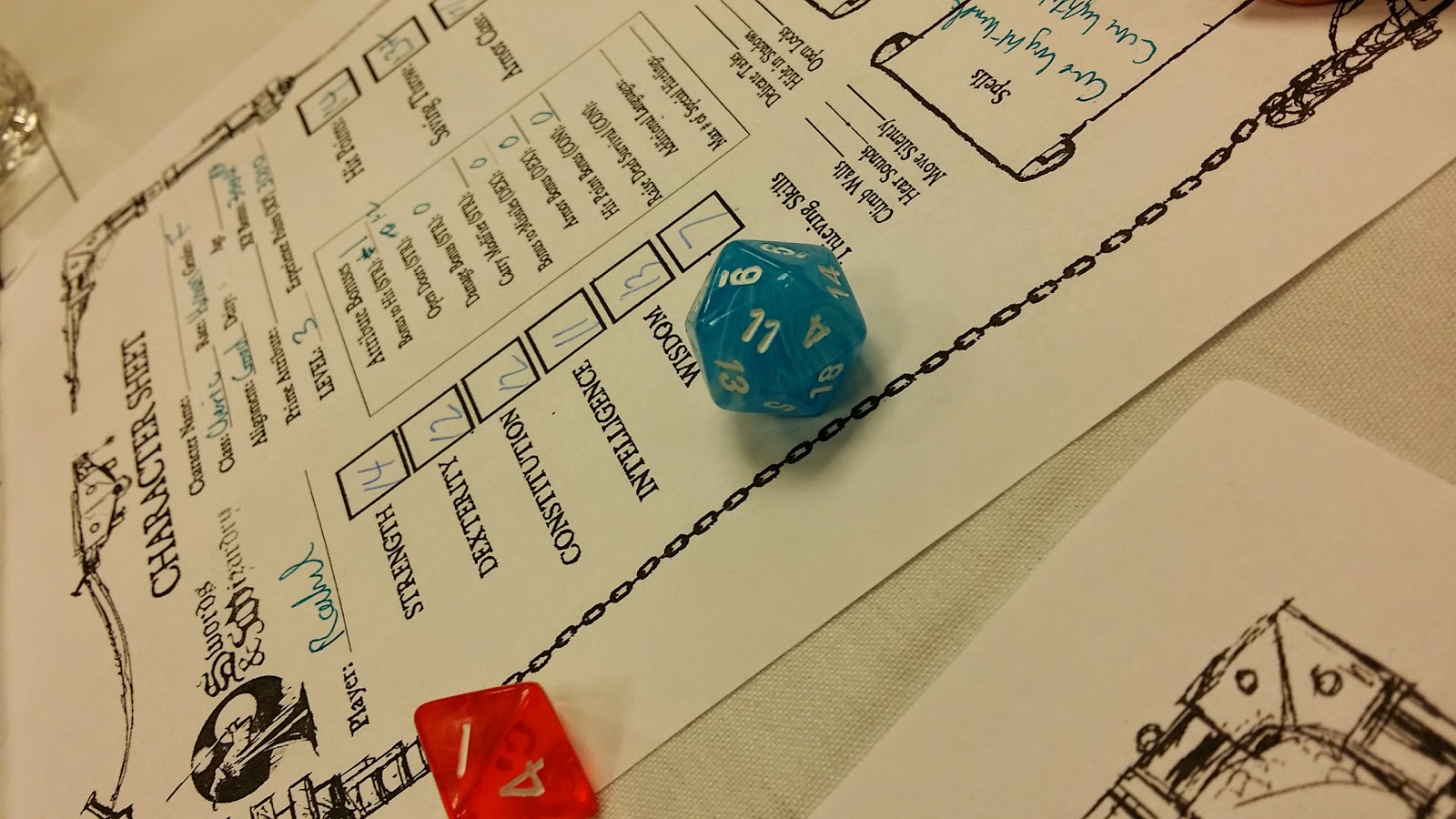 Rachel got to play in her 2nd ever OSR game and decided to spread her wings a bit - she chose a human cleric. She didn't get a chance to cast any spells, but she did okay bashing with her mace.

After lunch I sat down with +Vincent Florio and DM Glenn for a short interview, some post interview bullshitting and beer.