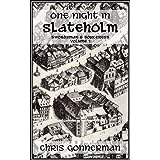 The way I see it, there are two types (more or less) of RPG related fiction. The first type is tied to the
setting - such as Dragonlance (which game first, the gaming or the fiction) and the Forgotten Realms. I'm not all that keen on this type, as there is little of the feel of an actual "RPG" within the story. Still, you don't need to understand or even know there are underlining gaming mechanics behind the story

The other type draws upon the RPG experience as part of the story. Spells match up, more or less, to the RPG used as it's source. Magic items can often be referenced in a rule book. Races have abilities and features right out of a monster manual. In same ways, the rules ARE the setting. This type of fiction is much less popular, but that's not a surprise. It's aiming at a niche within a niche.

I'm not sure how much of a market there is for the second type of gaming related fiction, but I know there are self published authors out there (I've been contacted by more than one after my review of Swords of the Damned)

I will say that despite it's flaws, Swords of the Damned is the first novel I've read straight through in over a year, and probably the only non Pratchett or Gaiman novel in more than a half dozen years (there's a whole post about chemo and the rewiring of my brain, but that's a whole series of post I suspect).

So, where does that put us? I'm going to aim to review gaming related fiction about once a month, although it could be more depending on the amount of bathroom reading I get in ;)

Email ThisBlogThis!Share to TwitterShare to FacebookShare to Pinterest
Labels: fiction