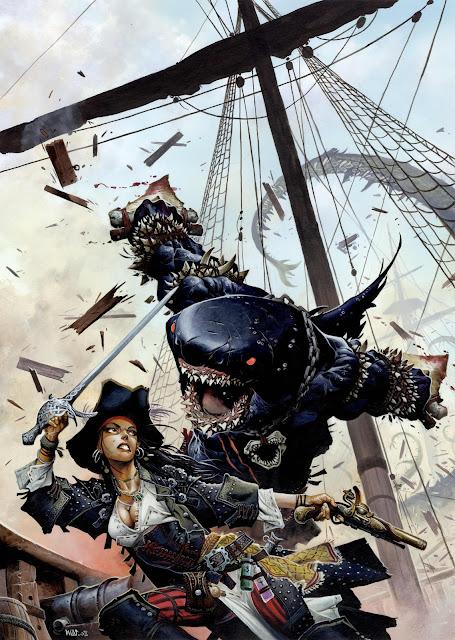 Have you followed the history of the Razor Coast getting published? No? Google it ;)

In all seriousness, if Frog God hadn't picked up the ball and run with it, this probably never would have happened and folks that had preordered years ago would still be SOL.

I didn't support the Kickstarter, as the added third party goodies were almost universally for Pathfinder, so the S&W version wasn't as good a deal. Sad but true. The PDFs, however, just released over at RPGNow last night.

Razor Coast is a 400+ page swashbuckling campaign for Swords and Wizardry.

Heart of the Razor adds four more adventures and the Freebooter's Guide adds races, spells, a gazetteer and more.