Rant Time! The Red Aegis Kickstarter Wants YOU to Pay Them $250 to Be Published 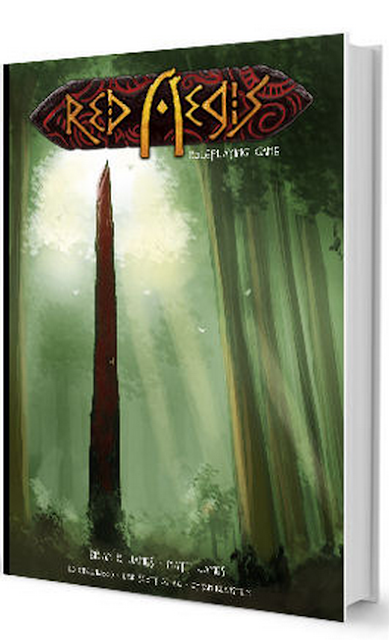 It's been a long fucking while since I had a good rant on this blog. I need to thank +Harley Stroh for bringing this to my attention (Harley had a damn good rant on the G+ side).

Do you have $250 burning a hole in your pocket? Do you want to give it to someone so you can have the privilege of writing a piece of a product that will be sold for profit (and you will see none of that profit)?

You do? Well, I have a Kickstarter for you and the dumb fucks like you. It's the Red Aegis Kickstarter, and their looking for schmucks.

Let them tell you in their own words (The Grumpy Dwarf will add comments / translate for the intellectually challenged / insult those that need insulting where required):


Want to be a Game Designer? (Game DESIGNER? Woot! Fuck yeah! I want to design games, not just write articles. I want the "big money" boyo!)

At the start of this Kickstarter we said “Join us in designing a tabletop roleplaying experience that you've never seen before!” and we meant it! (Awesome! How much you gonna pay me?)

We’re sincere in our desire to solicit feedback from the roleplaying community during every stage of the design. But contributing to online polls and filling out beta surveys only goes so far. For a few of you, that sort of impersonal feedback is not enough. (Damn straight skippy!)

You want to be more directly in contact with the designers and help shape the mechanics or lore of the game. (That's more of the "designer" shit you mentioned up above - sounds cool to me!)

The fact is, getting freelance writing assignments in the tabletop industry is not easy (they're not? coulda fooled me. I've had one article and three small products published and I'm putting together a zine. If The Grumpy Dwarf can do it, anyone can). It’s often just as much about being noticed by the right people as it is having mastery of a particular system (well, and actually writing something and submitting it helps) . And even if you are one of the lucky few to get a contract, your first assignments are typically limited to online articles paying a few cents a word (yeah, the market is tough. many zines don't pay for publishing rights - even mine only pays in "beer money").

Vorpal Games has secured many talented and well known individuals to make the RED AEGIS RPG a reality. However, we also have a genuine desire to find talented unknowns in the industry and give them a shot. If that individual is you, you may consider pledging at the Associate Game Designer level. (uhm, how do they know if I'm qualified? Oh, by paying $250 I've apparently got talent - the talent to be taken advantage of! who the fuck needs to pay $250 to get published? someone with no fucking talent. Again, if you have talent you WILL get published. You just need to write and submit or self publish. It won't make you rich - but then again, neither will handing over $250 to someone for the privilege to be taken advantage of)

Backers at the Associate Game Designer level will be given a small section of the Corebook to design (how small is small? how much does $250 buy?). Other RPG Kickstarters may allow you a token task like naming an NPC, or a city, or some such, but this opportunity is much grander than that (sure, they get a hack to pay them to write a portion of the RPG - that's awesome for the customers that are hoping for a quality RPG). Who knows, if you complete your assignment as tasked and on deadline, you may even find additional, paying contracts in your future ("Hi, I'm the schmuck that paid a publisher $250 to get a writing credit". Fuck you! Pay Me!)

Back us at the Associate Game Designer level, use this as an opportunity to boost your visibility in the industry (sure - "Hey, I'm that shmuck again! Look, thats me! It only cost me $250 and any sort of pride in my own self worth, but I'm published! see, I got cred! WotC, here I come - I want to design the Next NEXT, with furries!) and see your name credited in the deluxe Corebook as a game designer. Limited to 50 slots only.

edit: Matt James, one of the folks behind this Kickstarter, added the following in the comments to this post in an effort to explain much of the above:


We added the following to show that it's more of a full-blown mentorship. We used a poor choice of words.

"The extra cost associated with this reward level is really for the one-on-one mentoring the backer will have with an established game designer, who will offer advice, critique design work, and so on. There should be no pressure for a backer to turn over a perfect design. Our fantastic editors are here to make every designer’s work shine!"