Another Kickstarter Blows Past It's Goal - To Be Or Not To Be: That Is The Adventure 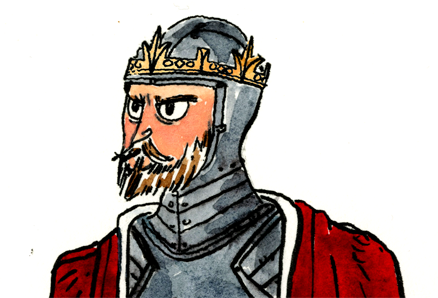 This one isn't quite an RPG - it's more like a choose your own adventure.

Personally, I think $25 is the sweet spot, especially with all of the stretch goals that have been met thus far.

Here's some info from the Kickstarter page:


To Be Or Not To Be is an illustrated, chooseable-path book version of William Shakespeare's Hamlet, written by me, Ryan North:

"William Shakespeare" you may know from single-handedly giving us some of our most evocative phrases, such as "all that glitters is not gold", "too much of a good thing", and "the game is afoot" (Sherlock Holmes said this too I guess.)

"Ryan North" you may know from my work on the critically-acclaimed comic Dinosaur Comics, writing the incredibly popular Adventure Time comic book series, or from co-editing the #1 Amazon bestselling short story anthology Machine of Death.

"Chooseable-path" you may recognize as a trademark-skirting version of a phrase and book series you remember from childhood.  Remember?  Books in which... an adventure is chosen??