Crowdfunding - The Sinister Stone of Sakkara for 5E 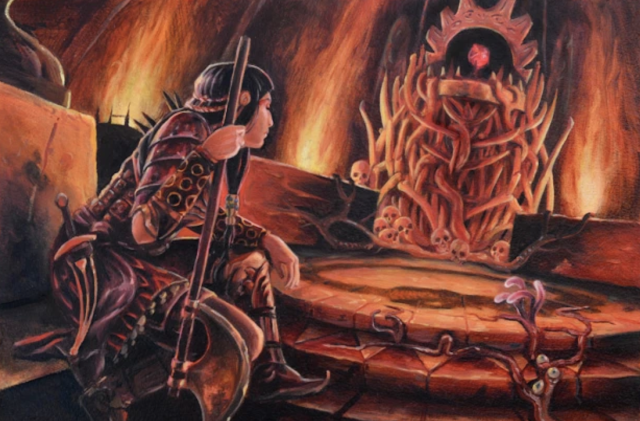 As if to prove my thesis that the OSR and D&D 5e have much more synergy that the OSR ever did with Pathfinder, we find The Sinister Stone of Sakkara for 5E by Autarch over on Indiegogo. Proper conversions of OSR adventure material to 5e makes it just that much more likely I'll actually play 5e. I know, those are heretical words to some ;)

From the press release:


I'm excited to alert our fans that our adventure module The Sinister Stone of Sakkara is being released for Fifth Edition. We're currently running a small IndieGoGo campaign to cover the costs of layout and printing so that we can offer an offset printed version of the book.

You can check out the IndieGoGo here: https://www.indiegogo.com/projects/the-sinister-stone-of-sakkara-5e-adventure#/

This is Autarch's ninth crowdfunding project, but it's our first Fifth Edition project. All of our prior material has been for our proprietary Adventurer Conqueror King System.

We're very excited to begin to adapt our material for the world's most popular RPG.

The adventure scenario is approximately 50,000 words. That's 10,000 words more than the adventure's old school version.  The Sinister Stone of Sakkara has been re-written from the ground up to follow the XP, Challenge Rating, and Treasure guidelines for 5E.
The adventure is set in our Auran Empire campaign world, a swords & sorcery setting inspired by the Late Roman Empire. For the first time, we offer Fifth Edition stats for many monsters of the Auran Empire, including the Abominable Young Dragon, Abomination, Birthing Tree, Brigand, Possessed Giant Spider, and Zaharan Ruinguard, plus 5E stats for Imperial Cataphracts, Legionaries, Legates, and more.

As with the ACKS version, the adventure features:

If you play 5E, I hope you'll check it out. It's a great adaptation that brings the fortress and dungeon to life with 5E mechanics. If you know friends who are into Fifth Edition and looking for new content with an old-school feel, please have them take a look. Thank you, as always, for being a supporter of our work.
Posted by Tenkar at 9:25 PM