Gygax Memorial Fund - Alex Gygax Was Added to the Board in August... or Was He? (Oh, and other observations...) 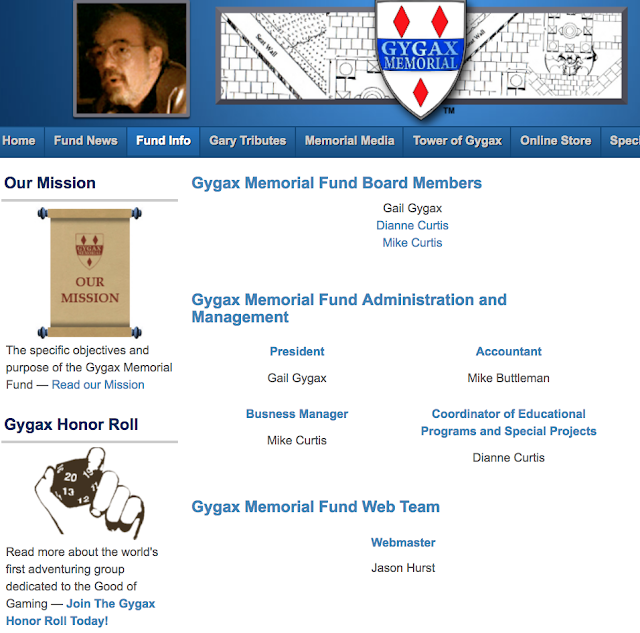 So, back on August 17, 2017, the Gygax Memorial Fund announced that Alex Gygax was joining the Fund's Board of Director. You can see it announced here:

As you can see from the first screenshot, he STILL hasn't been added to the listing of the members of the board. Which says a lot about the lack of professionalism with how the GMF Page is maintained. Great way to encourage people to donate when you show you just don't care enough to update what is effectively (or ineffectively) your sales page.

So, Alex is going to help design the memorial? I guess this designed got shelved? 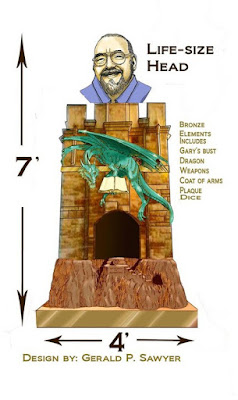 Are we no longer using the guy who made the Fonz statue for the memorial?

Where's the 2016 tax return? The 2015 return was posted in June of 2016. Shouldn't the Fund be filing its 2017 taxes soon? And about that audit that was promised back in 2016... wasn't that supposed to be publicly shared by now? Is the audit why we have no posting of the 2016 return? (and no, deleting posts from Facebook does NOT mean it wasn't promised - remember, we screenshot EVERYTHING) 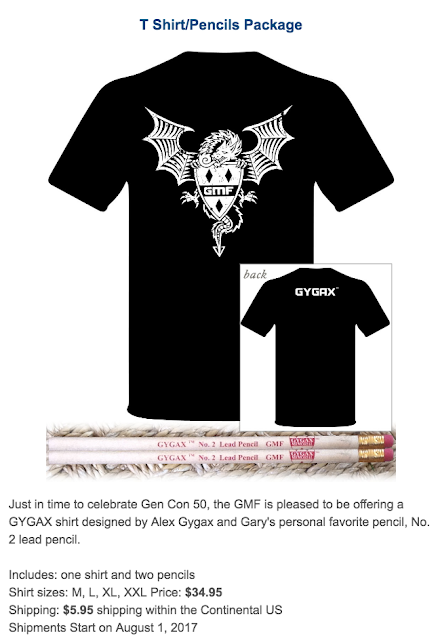 At least they don't charge extra for "Gamer Size". I was scratching my head as to why they would include 2 #2 pencils until it was pointed out to be that The Trust probably wanted to get the Gygax Trademark on writing implements. I wonder if the Fund is paying a licensing fee to The Trust? Well, its a good way to preempt #ConManKen ;)

Gary Con is in less that three weeks...