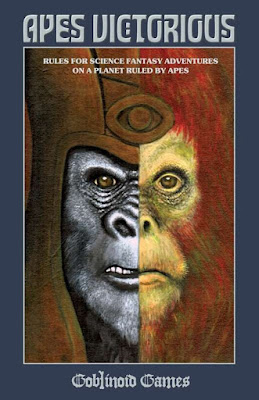 Today's RPGNow Deal of the Day is Apes Victorious from Goblinoid Games. Normally $4.97 $3.73 (I believe this is stacking with a current site-wide sale) it is currently on sale in PDF for $2.24.