This is Not the Far West You Are Looking For ("Far West", Meet "Far West")

So, silent Gareth, he of the Twitter account that by words sent since Far West funded over 4 years ago could probably add a couple of completed chapters to the book, hasn't updated the status of the Far West project on Kickstarter since January 29th, 2016. That's a hair over 2 months for those playing along at home.

As I indicate above, Gareth may be silent with the Kickstarter updates, but Twitter tells us he's had a bout of food poisoning and his commenting on the Kickstarter comments section gives us this little tidbit:

Now, the month ends tomorrow and I suspect I will be neither pleased nor surprised when April 1st comes around. Oh yeah, that's right, it will soon be April Fools Day. Well, here's a joke on Gareth that is real: 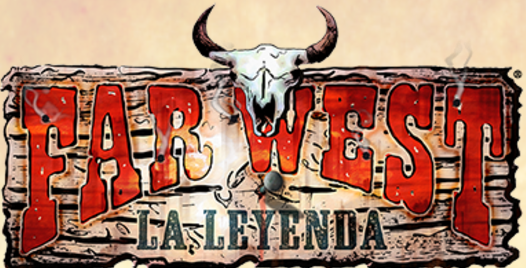 Yep, there's a Spanish Far West that's finishing up (more like a 2nd edition, as this game first came out in the 90s). Any bets on which Far West gets to the finish line first?

The art's decent too.

Ah well. If they do an English translation I'll have a Far West RPG in hand. Maybe not the one I paid for nearly 4 1/2 years ago...
Posted by Tenkar at 5:15 PM