Does it really matter? No, it's going to be a failed Kickstarter like it's elder doppleganger. Their first attempt to fund Dragonwars of Trayth was canceled when it was obvious it wouldn't fund. So, they responded quickly with a second attempt and a more modest goal. The result? 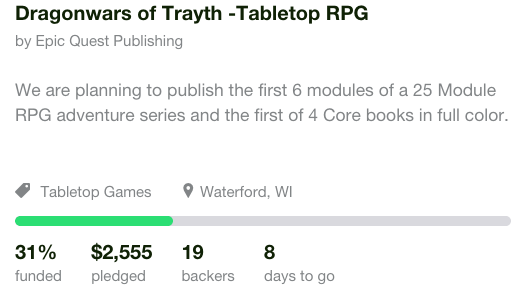 19 backers. Over what, 3 weeks. Not even a backer a day. So yes, I understand their frustration. They have a vision that's better than chocolate and peanut butter and instead they are to be left holding nothing for a second time.

The art from the project looks fine. The maps, especially the outdoor maps, I compared to MS-DOS are from those old RPGs in the early 90's, but I fear I insulted those classic RPGs.

So, since I dissed their mapping, what response do I get? 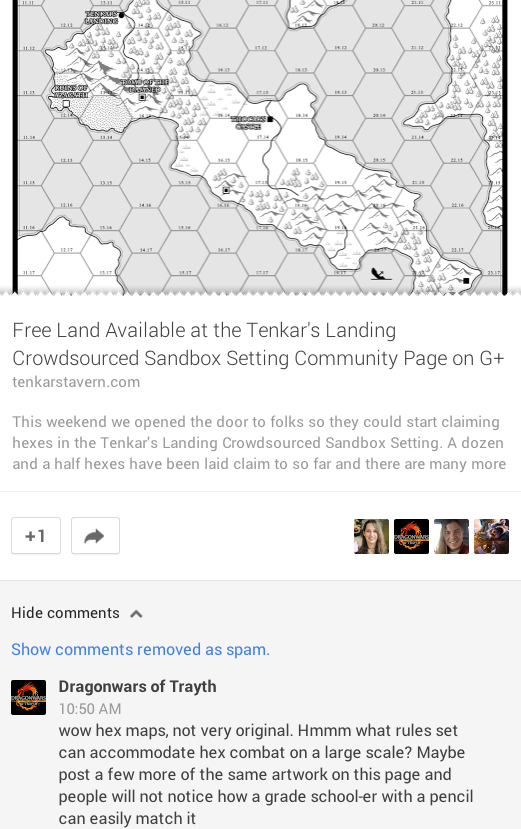 Yeah, Dragonwars of Trayth excels in the Public Relations department.

Oh, and of course, nonsense on the blogside too:

Here is my informed suggestion to the fine folks at Dragonwars of Trayth - Wait an extra 24 hours, at least, before responding to criticism. I am obviously NOT the only one that found issues with your project, as 19 supporters over the course of 3 weeks can easily attest to.

Nearly all the money I've raised on this blog has gone back to the blog, either via contests or giveaways. It is not a money maker.

As for evaluating, highlighting and criticizing Kickstarters, it's one of the things I do here at The Tavern.

You'll need to grow a thicker skin for your third attempt, because next time around, you'll have more eyes on you than just mine (and the handful of folks that pointed out your Kickstarter for me.)