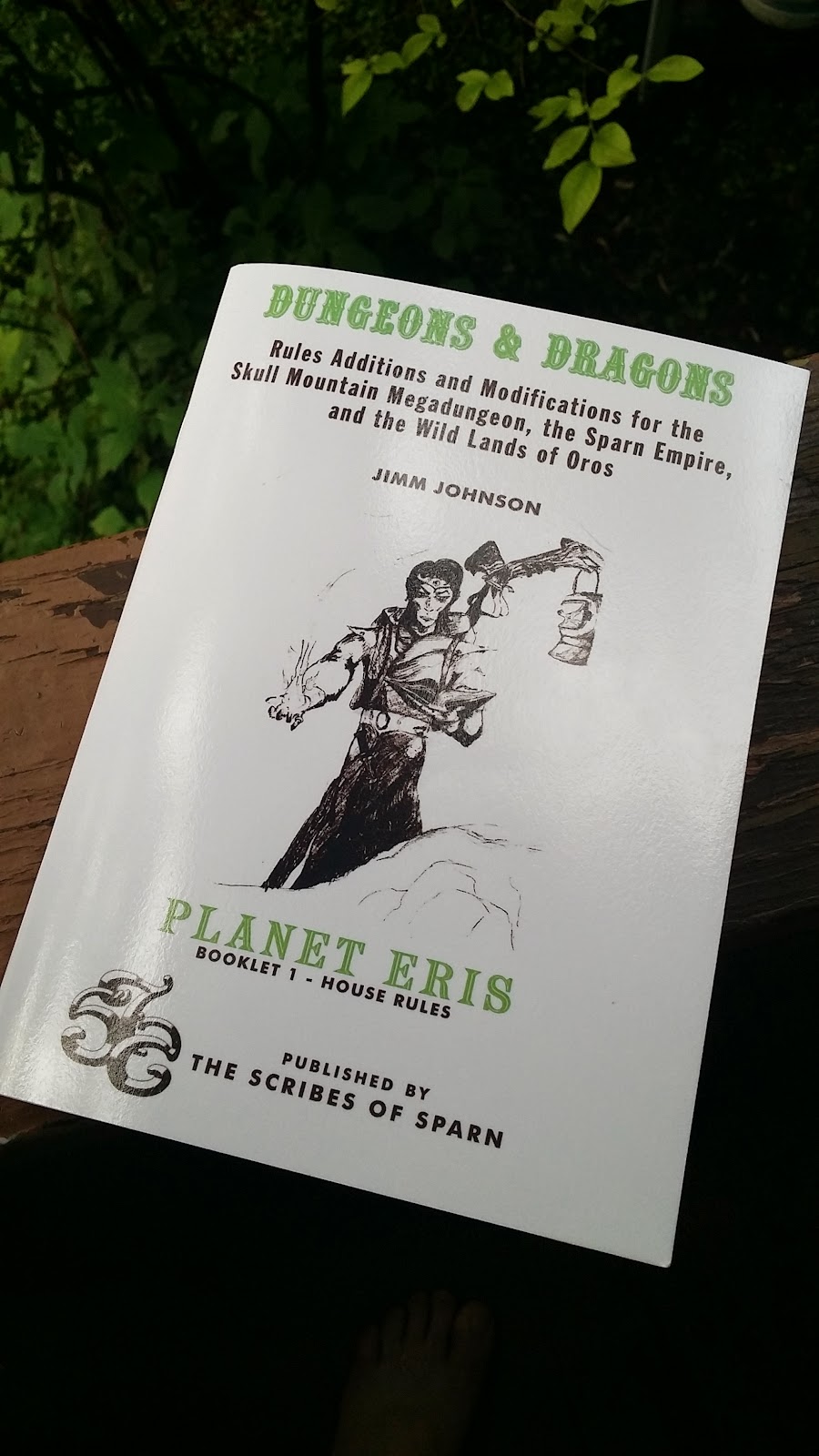 Planet Eris: Booklet 1 - House Rules is another purchase from NTRPG Con - and no, I'm not sure where you can find this outside of NTRPG Con (or other Old School gaming cons I'm guessing). So yeah, more cool shit that I have and you don't. Sorry about that.

Anyhow, it's a bunch of house rules that build upon the Original D&D White Box, but the source material is downright extensive. I don't have the patience to copy it all down, so here's a pic: 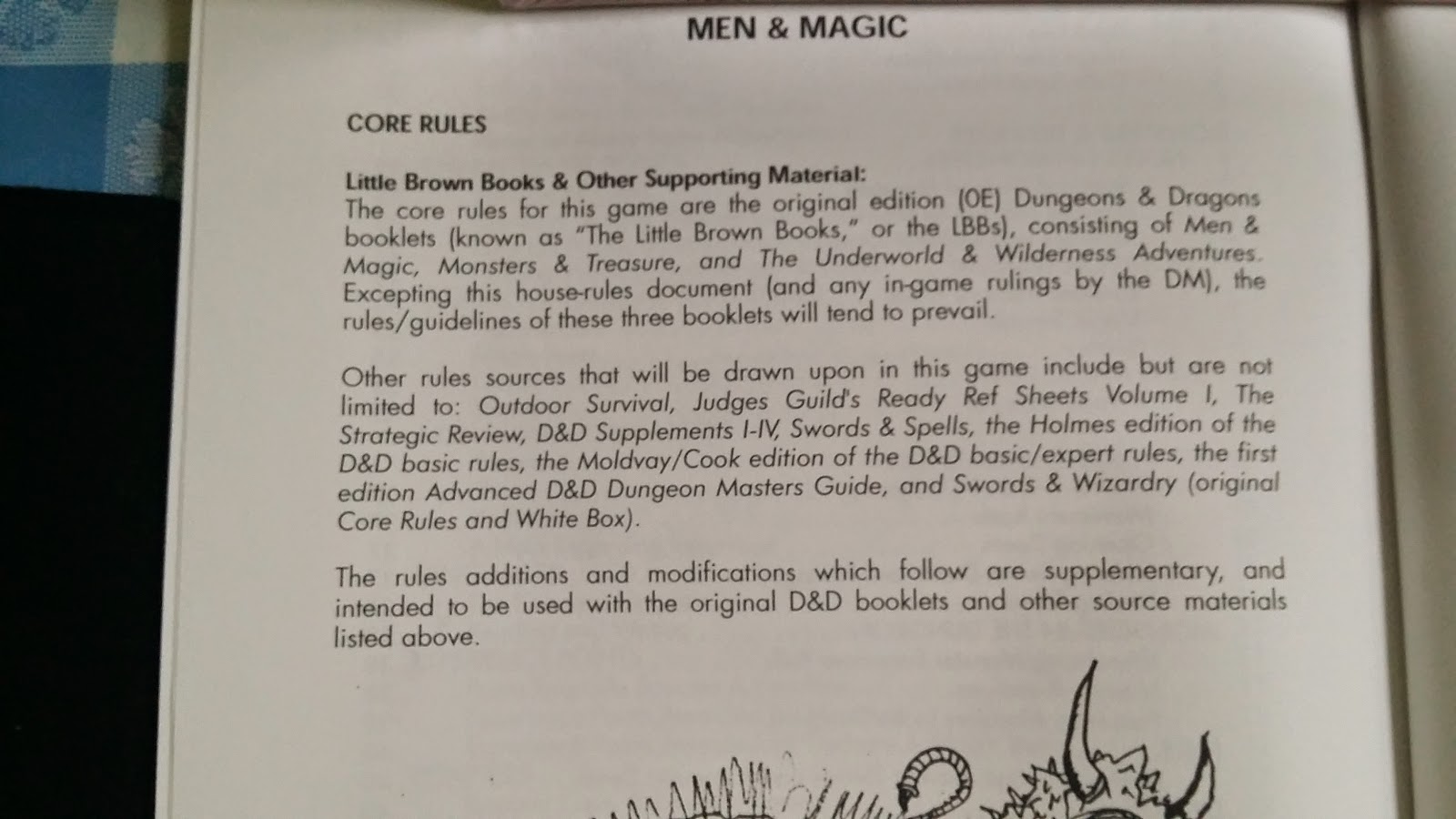 Yes, that would have been a lot to type.

So, the big thing that sticks out to be is the changes to the Thief class (with all I've been thinking about thieves in OSR gaming, it's not surprising that this stuck out. Anyhow, Jimm Johnson converted all of those damn percentile rolls to d6 rolls, but some are on 2d6 and some are on 1d6. I have no idea why he used both methods when dividing up the skills, but I do like the 2d6 method as it has a nice built in bell curve (I believe this is similar to Stars Without Number). I'm going to yoke this and rework it and post it when I do.

There is a nice section on hirelings, retainers and henchmen.

Worth the cash on inspiration alone. The fact that I can steal some of these houserules as is? Damn near priceless.