Some Further Thoughts on The Lost City of Baracus 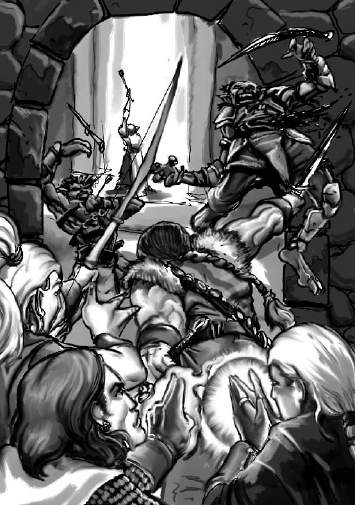 "As is the case with the other mini-campaign settings, this module was designed to give the characters the maximum freedom, so as much as possible, let the players dictate the action. A good way to run The Lost City of Barakus is to drop clues about certain quests and adventures and then see what most interests the characters. And then, perhaps most important of all, don’t be afraid to improvise." Lost City of Baracus, pgs 4-5

The above is part of the advice given to DMs that are about to embark on the adventure of running the adventure The Lost City of Barakus.

"Let the players dictate the action" - this is the key to any sandbox or even railroad with choice. What I like about Barakus is that even though it is a (mega)dungeon, there are hooks and plots that lie without. You don't have to go back week after week into the dungeon - there is a fairly detailed surrounding area, things to do and people to meet (or eventually kill). Actually, what I would like to do is kick off this campaign (when I do) with a DCC RPG styled (or flat out stolen and converted) funnel, tweaked to the setting.

Which leads to: "perhaps most important of all, don’t be afraid to improvise."

There is no such thing as "by the book", at least not when it comes to successful and enjoyable campaigns. No adventure or dungeon writer can think up all of the things your party may attempt. If your party is much like mine are, it's quite likely your party throws curve balls not thought up by the adventure writer every couple of minutes. If so, God bless them, as your players are aces. Enjoy the exercise that comes with making sure your party's attempts to think out of the box are rewarded (although your party might not fully appreciate each such reward ;)

Email ThisBlogThis!Share to TwitterShare to FacebookShare to Pinterest
Labels: the lost city of baracus