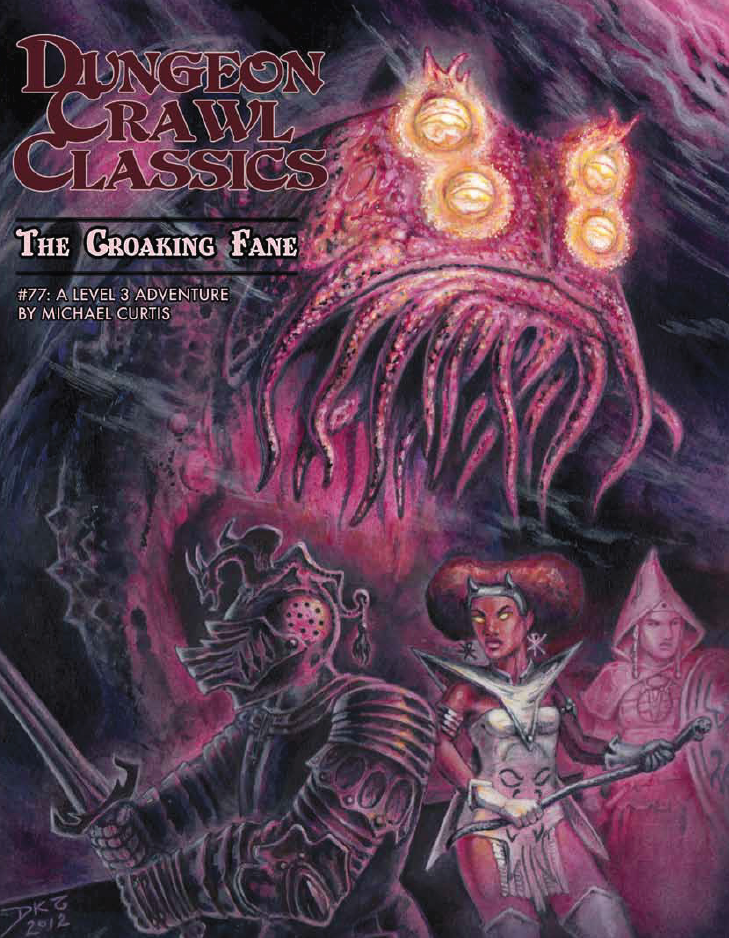 I've mentioned this before but I'll say it again, my players really enjoy the DCC RPG adventures, but they were less sold on the DCC RPG itself. A bit too "swingy" in it's spell casting especially, or at least, that is the feedback I've gotten.

All that being said, they really get immersed in the flavor and strangeness of the DCC RPG Adventures, especially the ones from Goodman Games ( +Harley Stroh and +Michael Curtis seem to be the favorite authors thus far, but we haven't delved into the complete well of authors yet).

I tend to convert from DCC to S&W on the fly, but what I really need to do is put some of my conversion results into a blog post. Well, some of the various adversaries and such.

My party is hitting around 5th level these days - I think The Croaking Fane will be the next conversion ;)