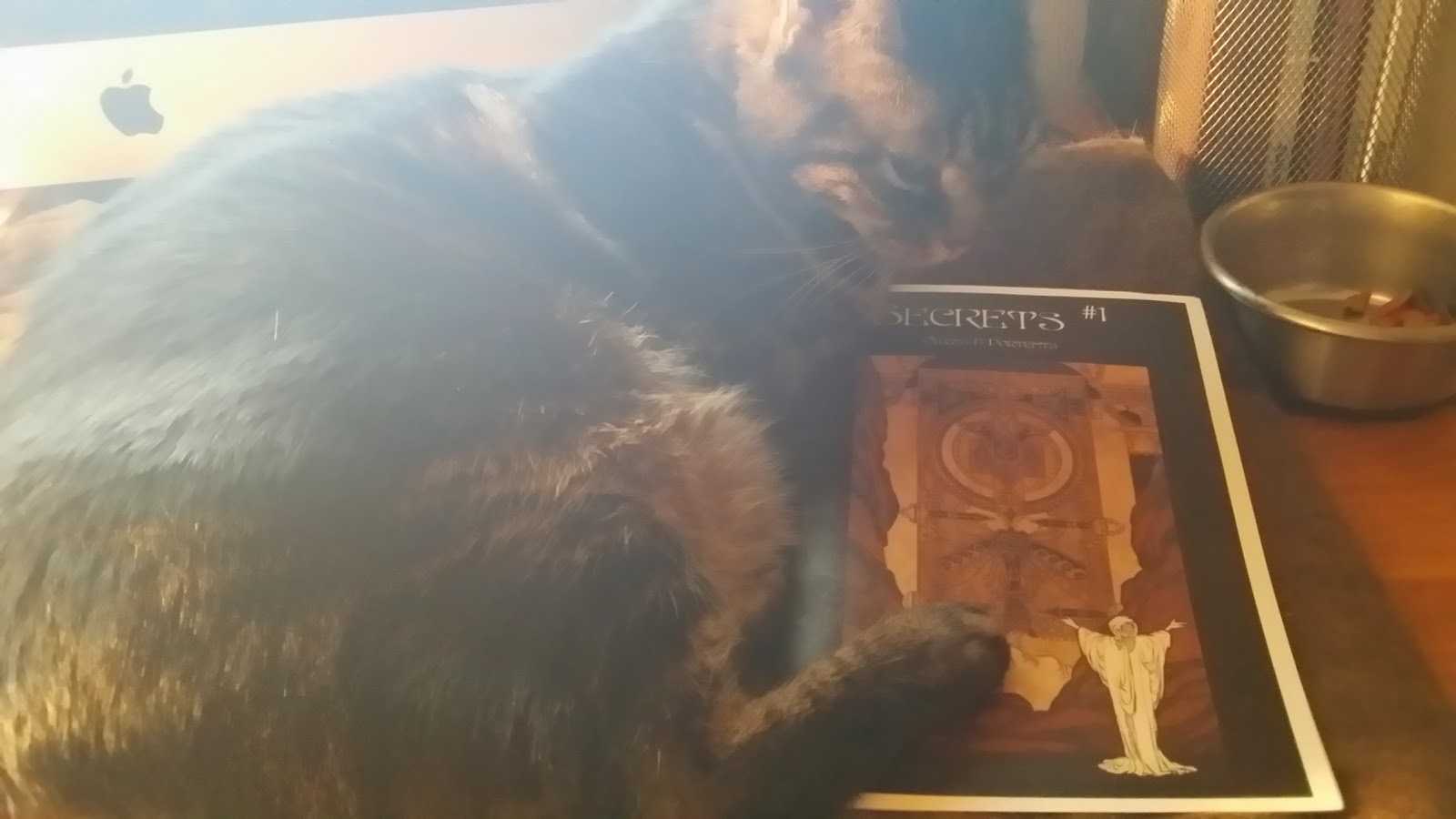 I'm not sure whether I'm on a fanzine kick or not, but my God there are a lot of awesome fanzones out there for those that dig such things.

Secrets #1, Omens & Portents is an old school fanzine, nominally for Swords & Wizardry but suitable for the Old School RPG of your choice.

This is very much a "gaming resource", as it has a section on divine spells (new clerical and druidic spells - well, not all new to the OGL, but new to S&W). It also has a handful of new monsters which are pretty cool.

More exciting (and extremely useful to me as a S&W DM) is the section on new magic items. Holy crap but there is some fun stuff here. The versatility of the rods makes them very powerful, although not as powerful as they might seem outright.

I'll be stealing some of the magic items for my own campaign, and I'll be giving access to the clerical spells to the party's cleric.

Did I mention I really love the cover?

+Nathan Irving is the guilty party behind this new fanzine and it is good.  Not a surprise, really, as his blog is also an awesome gaming resource.

Secrets #1 is $4 in print, $2 in PDF and $6 for the combo.  Print prices include international shipping, which makes it a steal of a zine for those outside the states.

At this rate I'll need a special box to keep all of these fanzines in order.
Posted by Tenkar at 9:44 PM